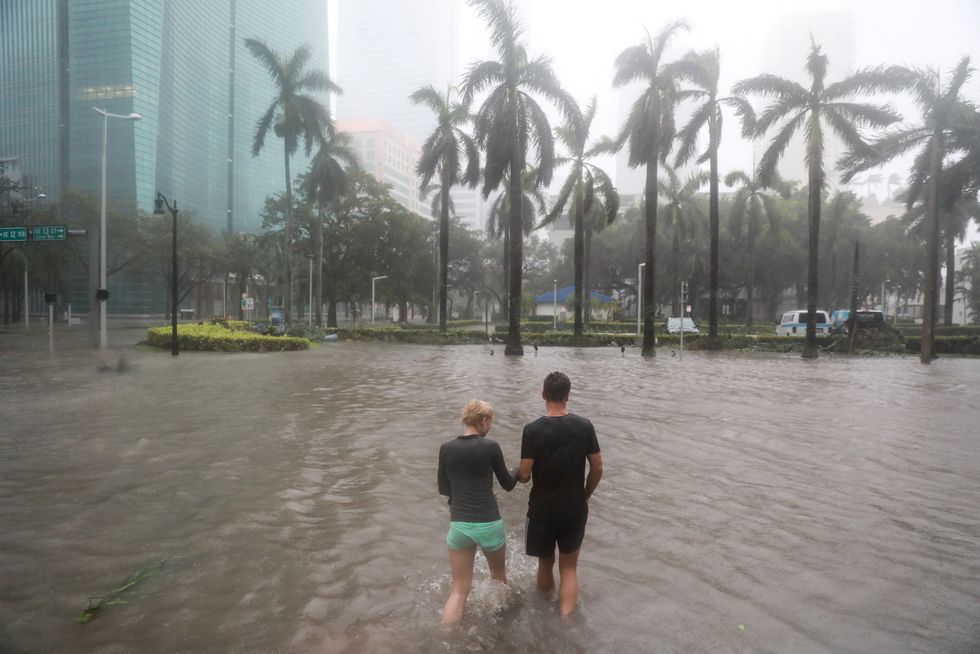 Florida cops enjoyed a "hurricane party" with a cooler full of ice-cold beer last year as their town was battered by Hurricane Irma.

Lt. James McCready, the shift commander on duty, brought the cooler into a City Hall conference room at 11:23 p.m. on Sept. 9, 2017, and then set a red cup in front of a surveillance camera to block his actions.

He and Tim Smith, the public works supervisor, pulled some beers out of the ice, and half the members of the 12-person "landfall team" were drinking Corona Light and talking football by midnight.

Six officers stayed in the conference room drinking instead of answering phones or patrolling the streets in special high-water vehicles, after their commander gave them permission to party.

Officer Walter Sajdak reported the party to a superior officer, saying he was offered a beer after returning from refueling emergency vehicles shortly after midnight.

“I was upset about lives being put at risk, lives being put in danger," Sajdak testified during an internal investigation. “Lt. McCready, who was in charge of our landfall team, had jeopardized the lives of the officers that were working and the residents by drinking alcohol.”

McCready told officers to clean up the bottles, and one officer destroyed bottle caps with his Leatherman, Sajdak testified.

The landfall team reported that official operations ceased between 11:45 pm on Sept. 9 and 7 a.m. the next day due to unsafe conditions and officer fatigue, but the order did not come from any of McCready's superior officers.

Police did issue an official stand-down order the morning of Sept. 10, when the hurricane made landfall.

Six officers -- McCready, Sgt. James McVay, Detective Manuel Casais, and officers Ismael Chevalier, Norlan Benitez, and Ethan Cherasia -- admitted to violating the department policy against drinking on the job, but the investigation found no evidence any of them were extremely impaired.

McCready insisted some of Sajdak's testimony was inaccurate, but those details have not yet been released.

Sajdak complained in December that he felt targeted by other officers for reporting the party, but he was unable to substantiate his claims.

Smith, the public works supervisor, could face reprimand along with the officers once a separate investigation is concluded.