'The role of misogyny': Presidential experts explain why Trump is terrified of 'strong women' leaders in NATO 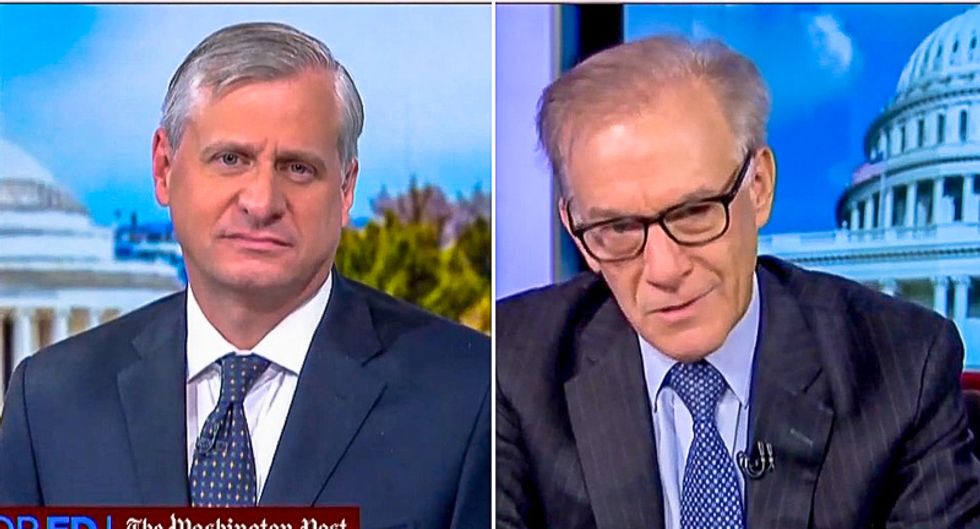 During a segment about Trump's hostility toward NATO member nations, Ignatius explained that the president was discarding America's traditional allies like Britain and Germany, and he's replacing them with strong men leaders such as Russia's Vladimir Putin and North Korea's Kim Jong-un.

"It's mighty weird to see him put the Angela Merkel card down and reach for the stack for Putin," Ignatius said.

Meacham theorized about the "role of misogyny" in Trump's disdain for Germany and Britain.

"Does Merkel remind him of Hillary?" the presidential historian offered. "Does that help explain the Teresa May issue? He does not have a particularly heathy relationship it seems with a lot of strong women."

"I do think we see in Donald Trump an affinity for 'the guy'," Ignatius acknowledged. "You know, the guy who's like Donald Trump. There's something about him and Kim Jong-un as they're walking past the furled North Korean and American flags. And you think, there's something similar in these two."

"I'm sure we'll see it with Vladimir Putin," he added. "He keeps saying, over and over again, 'I respect Vladimir Putin.' He said it about Boris Johnson, a kind of rough, tough, unpredictable British politician. 'He's a friend of mine. He's one of the guys.'"

Ignatius concluded: "So, you know, Theresa May, Angela Merkel are not one of the guys. They are not in this circle he regards as friendly."