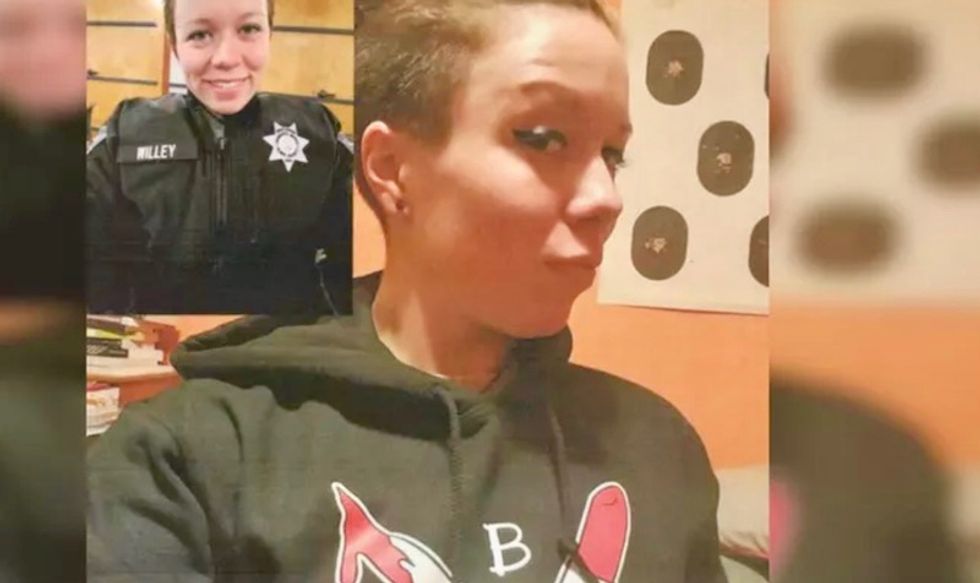 A sheriff's deputy in Washington state has been fired for wearing a hooded sweatshirt bearing the logo of far-right group Proud Boys, the Columbian newspaper reports.

The female deputy, Erin Willey, posted a selfie of herself wearing a hoodie bearing a logo for a female offshoot of the "Western Chauvinist" organization which claim to stand up for "traditional values."

The logo featured a switchblade, lipstick and an abbreviation for Proud Boys’ Girls.

“My expectation is that my employees do not engage in activities or associations that undermine or diminish our role as peacekeepers," said Clark County Sheriff Chuck Atkins of the firing.

The Proud Boys claim to be a “pro-Western fraternal organization” but have been involved in violent incidents and they push their extreme right agenda. The group's founder, Gavin McInnes has said he "love[s] being white" and "it’s something to be very proud of."

The organization has been labeled a hate group by the Southern Poverty Law Center.