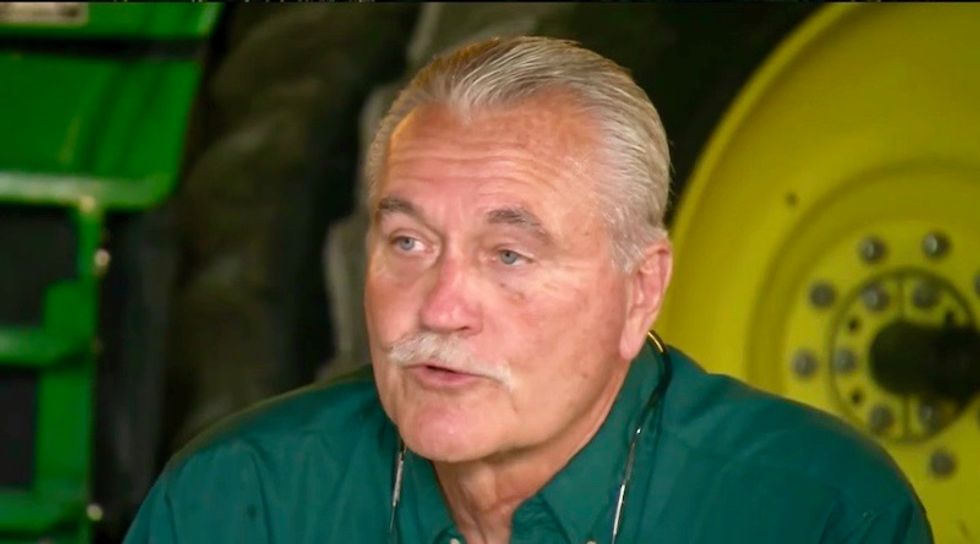 Farmers being hit by the Chinese tariffs imposed on American agriculture products as part of Trump's trade war say they don't want handouts.

In an interview with NBC Nightly News, four farmers said that prices on their products have dropped 20 percent and that a share of Trump's $12 billion handout won't do them much good.

"We have no control over anything," said one of the farmers interviewed. "Everything is based in Washington and China... we have no control on that, but the markets keep going down. If this continues, there are gonna be some people who don't continue to farm, and that would be sad."

All of the farmers interviewed said they voted for Trump.

"I'm a good American, I believe that we all have to toe the line," said another farmer. "Am I willing to take my lumps for the benefit of the entire country? Yes, I personally am."

How long can the farmers endure these tariffs?