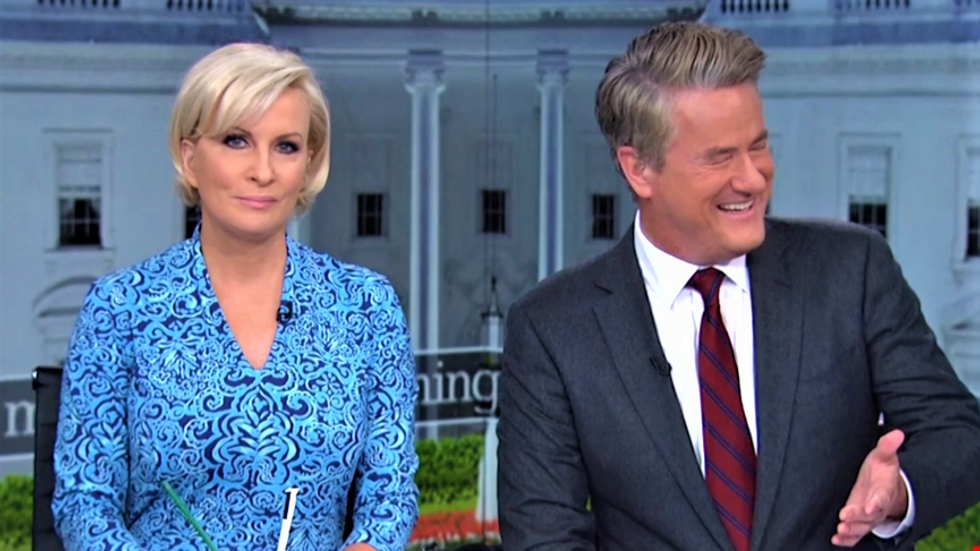 In particular, hosts Joe Scarborough and Mika Brzezinski mocked Giuliani for inadvertently breaking a story about an alleged meeting that Donald Trump Jr. had with several top Trump campaign officials to plot strategy for the infamous 2016 Trump Tower meeting with Russian agents.

"Throw grandpa from the train!" cracked Scarborough. "He needs to go home."

"I've watched a couple of the interviews and it's painful," said Brzezinski. "I'm sorry, it's pathetic. At some point, you need to get your self-respect back."

The show then played clips of Giuliani completely contradicting himself within a matter of mere hours over whether the second meeting between Trump Jr. and other Trump campaign officials ever actually took place -- and Scarborough burst out laughing.

The producers then ran the clip again -- and still no one could make sense of it.

"Rudy Giuliani is debating himself," said MSNBC's Willie Geist. "In the morning, on CNN, he raised the idea of this second meeting. That came out of the blue for a lot of people, what second meeting. Then, hours later on Fox News, he's shooting down the idea he raised on CNN."