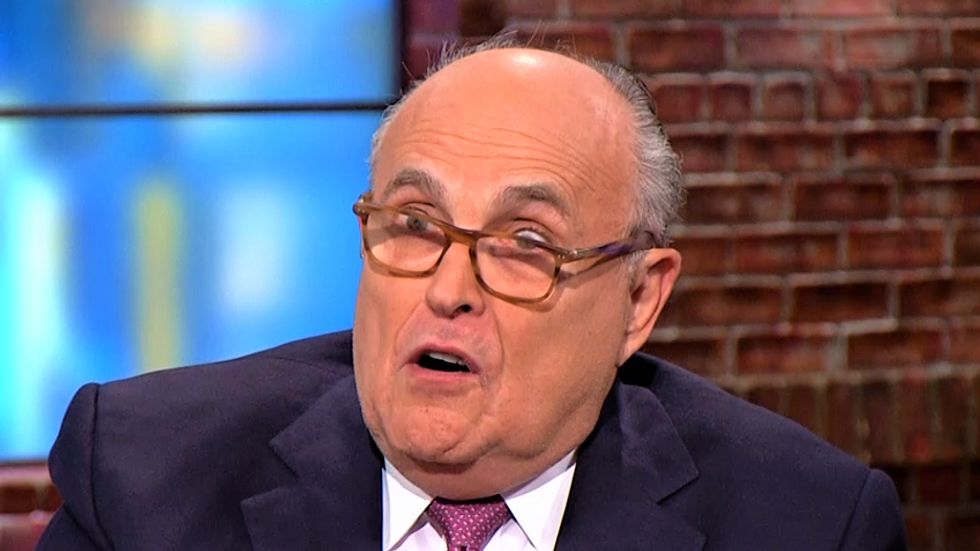 CNN's Alisyn Camerota on Monday cornered Trump lawyer Rudy Giuliani about how he could be certain whether President Donald Trump was telling the truth about the infamous 2016 Trump Tower meeting.

When asked by Camerota whether he knew for sure that Trump was not told by his son about meeting with Russian agents at Trump Tower to get dirt on then-rival Hillary Clinton, Giuliani admitted that "nobody can be sure of anything."

Giuliani argued that he would be less inclined to believe Cohen's claim that Trump knew about the meeting, however, simply because Donald Trump Jr. has denied that he ever told his father, which means it would be their words against Cohen's.

Camerota then asked Giuliani if the blocked phone number called by Donald Trump Jr. in between his phone calls arranging the 2016 meeting with Russian agents was the same blocked number used by Trump himself.

"I don't know," Giuliani admitted, before then pivoting back to attack Cohen's credibility as a witness.

Camerota then cornered Giuliani again about his past statements praising Cohen's integrity.

"You had said, not two months ago, that Michael Cohen was an honest and honorable man," she pointed out. "Now you're saying he's a pathological liar."

"That's about as unfair a thing as you can say!" Giuliani complained. "How did I know that he was a lawyer taping his client... the guy is unethical, he's a scumbag, he's a horrible person!"