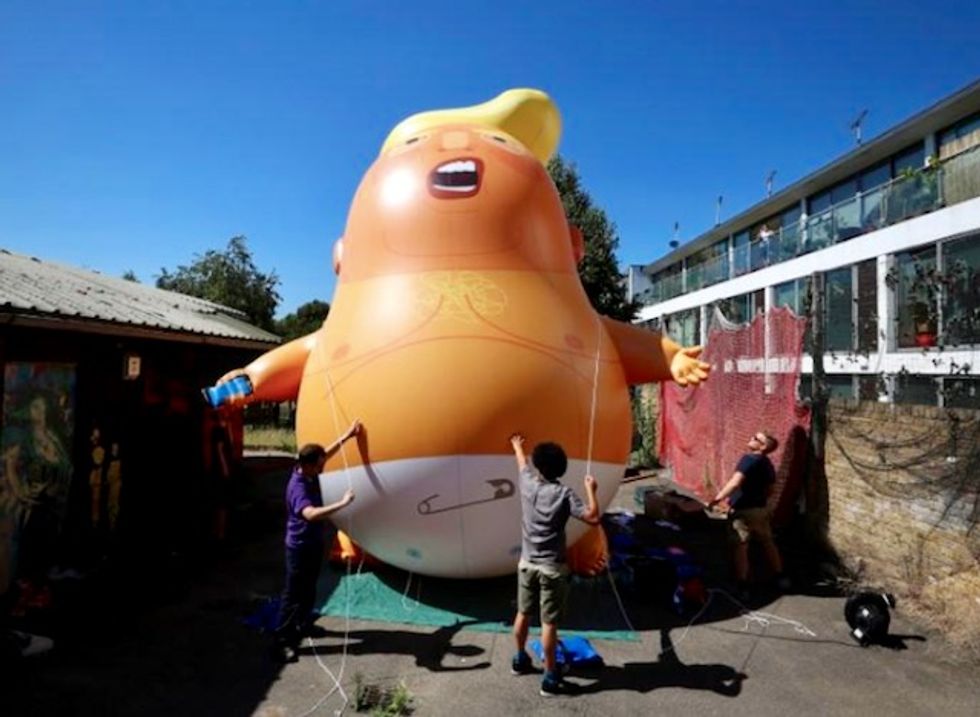 Donald Trump is steering clear of the mass protests in central London that will mark his first visit to Britain as president next week, instead meeting dignitaries outside the capital at country residences and a castle.

Over 50,000 people have signed up for a protest in central London to demonstrate against Trump’s perceived racism, sexism, and his treatment of migrants. A counter-gathering to welcome him is also planned.

Trump will hold talks with Prime Minister Theresa May at her 16th-century manor house, meet Queen Elizabeth at Windsor Castle and attend a black-tie dinner at the home of former World War Two leader Winston Churchill - all outside London.

A spokeswoman for May said on Friday the trip had not been deliberately planned to keep Trump away from protesters and that British people were looking forward to his visit.

“We are looking forward to making sure the president has a chance to see and experience the UK beyond London and the south east,” she told reporters.

The visit comes at a testing time: May is battling to make a success of Brexit and keep her minority government together, while Trump is challenging Western assumptions about free trade and turning away from global institutions.

Britain regards its close ties with the United States, which it calls the special relationship, as a pillar of its foreign and trading policy as it prepares to leave the European Union.

But some Britons see Trump as crude, volatile and opposed to their values on a range of issues. Trump’s comments on militant attacks in Britain have sparked anger and he has often exchanged barbs on social media with London mayor Sadiq Khan.

Protesters are planning to fly a blimp over parliament portraying Trump as an orange, snarling baby during his visit after Khan approved a request for its use.

On his arrival on Thursday afternoon, the president will travel to Blenheim Palace, the 18th-century mansion where Churchill was born and spent most of his childhood, eight miles (12 km) north of Oxford, according to May’s office.

In the evening, May will host a black-tie dinner for Trump at the stately home that will be attended by about 100 business leaders from industries including finance, pharmaceuticals, defense and technology.

For the only time during his visit, Trump will then travel into London when he will stay overnight at the home of the U.S. ambassador in the center of the city.

On Friday, Trump and May will visit an undisclosed location to witness a demonstration by British soldiers.

Trump will travel with May to Chequers, the prime minister’s official country residence. He will then go to meet the Queen at Windsor Castle, the family home of British kings and queens for almost 1,000 years.

Afterwards, the president will travel to Scotland, where he owns two golf courses. May’s office said that was a private element of the official visit.

Trump’s wife, Melania, will have a separate itinerary and will be hosted by May’s husband Philip.