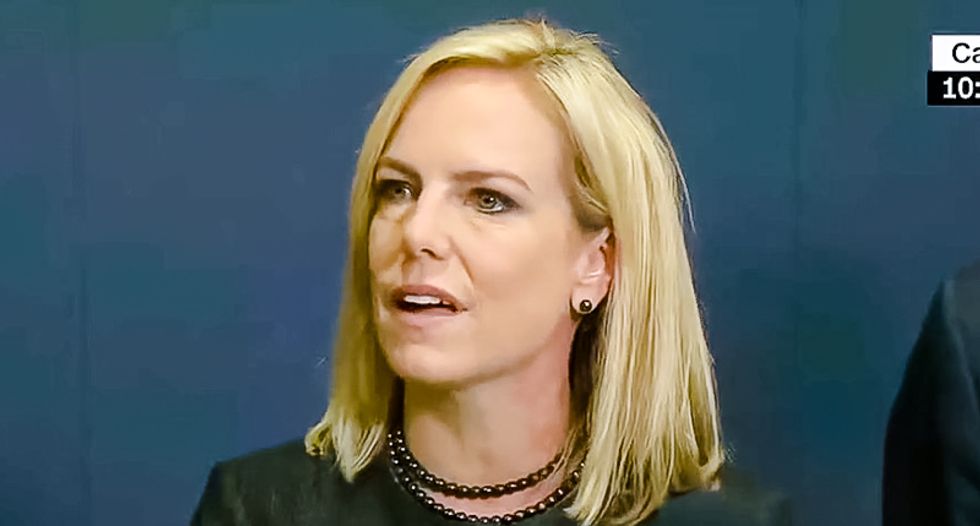 In May, Nielsen said she was “not aware of” the conclusion that “the specific intent was to help President Trump win,” adding she generally has “no reason to doubt any intelligence assessment.”

Her comments follow Trump’s own waffling on whether Russia was responsible for meddling in the 2016 presidential election. Despite attempting to walk back his declaration that he sees “no reason why it would” have been Russia, Trump continues to sow doubt int he intelligence community’s assessment, siding with Putin over his own government’s findings.

Asked Monday whether he wanted Trump to win, and if he directed his officials to help that happen, Putin replied, "yes I did, yes I did."

"Because he talked about bringing the US-Russia relationship back to normal," Putin explained.