US says all eligible young migrant children reunited with parents 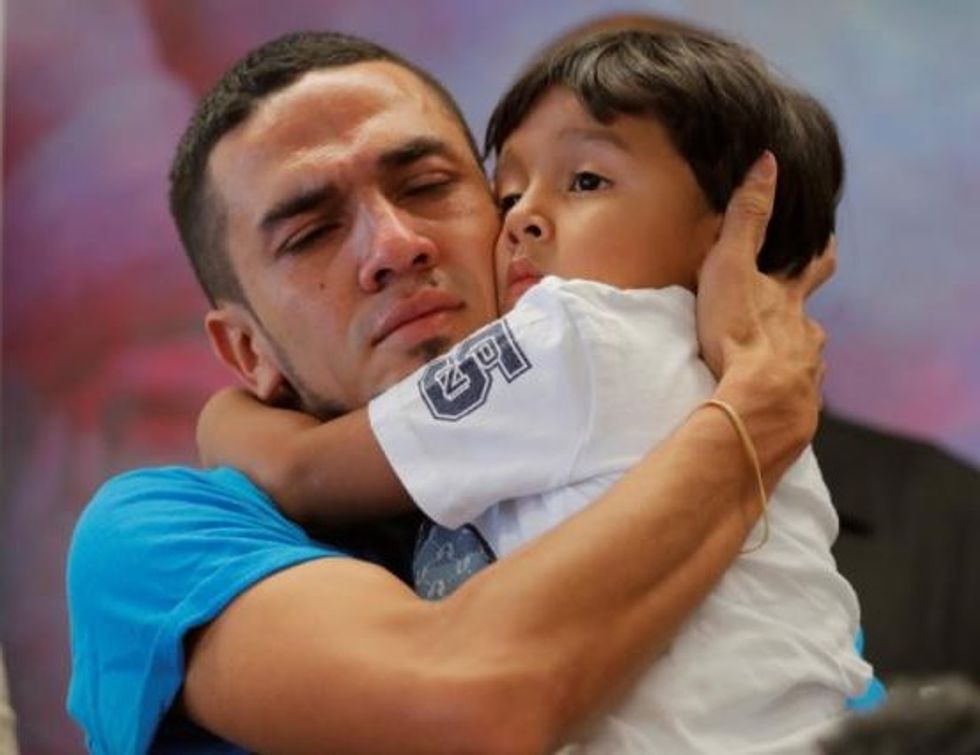 The Trump administration said on Thursday it had reunited all eligible young migrant children with their parents after they had been separated when crossing the U.S.-Mexico border, two days after a court-imposed deadline.

But nearly half - 46 of the 103 children under the age of 5 who were placed in government care - remain separated because of safety concerns, the deportation of their parents and other issues, according to the U.S. Department of Homeland Security.

Those separations occurred between early May and June 20 when Trump signed an executive order halting them. The Republican president had been facing a backlash for the policy, which some critics called a national disgrace.

Sabraw on June 26 ordered reunifications for children under age 5 by July 10, and for more than 2,000 older children by July 26.

He gave the administration until 3 p.m. PDT (2200 GMT) Thursday to update him on its progress.

The judge issued his order in connection with a lawsuit by the American Civil Liberties Union challenging the separations.

In a statement, the ACLU criticized the government’s failure to meet the July 10 deadline, and said it was deciding what remedies Sabraw should impose.

“If in fact 57 children have been reunited because of the lawsuit, we could not be more happy for those families,” said Lee Gelernt, a lawyer for the civil rights group.

“But make no mistake about it: the government missed the deadline even for these 57 children,” he added.

The government said the 46 young children who had not been reunified were ineligible for several reasons, including health issues or because their parents had “serious” criminal histories, were in custody or had been deported.

Officials have said they have taken steps including the testing of DNA to prove family relationships, and reviewing whether the parents would be suitable caregivers.

“Throughout the reunification process our goal has been the well-being of the children and returning them to a safe environment,” Homeland Security Secretary Kirstjen Nielsen, Attorney General Jeff Sessions and Health and Human Services Secretary Alex Azar said in a statement.

They added that while obstacles remained, “we intend to continue our good faith efforts to reunify families.”

Sabraw’s June 26 order contained exceptions for parents deemed unfit or a danger to their children. Both sides were expected to return to court on Friday to map out how to reunite other families.

“The reunification process has been chaotic and has unequivocally come at a cost,” Beth Krause, a supervising lawyer at the Legal Aid Society’s Immigrant Youth Project, said in a statement.

Not all families separated at the border entered the country illegally.