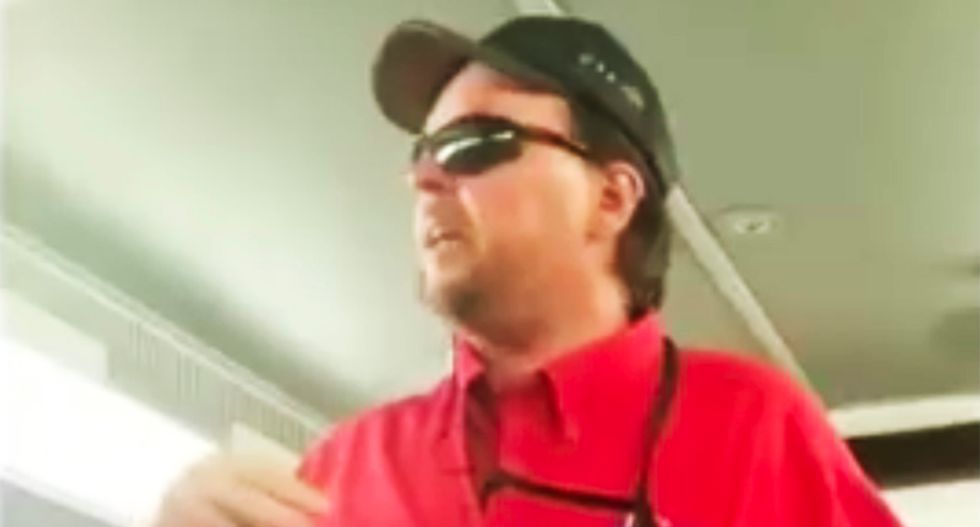 The Utah Transit Authority has suspended an employee who was filmed confronting a group of women who had shared an on-board restroom, accusing them of “putting [tampons] into each other,” reports the Salt Lake Tribune.

According to the report, passenger Camille Hoerner was with a group of friends on the way to a concert in Ogden, and accompanied one of her friends to the restroom because only one of them had menstrual supplies, she explained.

"Someone started shaking on the door and yelling, 'Only one at a time!'" Hoerner recalled. "We got out and didn't see anybody. It kind of scared us."

Saying they left the bathroom after being spooked by the yelling, two other women accompanied the women in need back to the restroom, because she was afraid of what would happen next.

"That's part of the reason why they went to the bathroom together in the first place: We're on public transit. We've had weird situations happen before, with people making inappropriate comments," Lexi Beckstead explained. "People make fun of girls for going to the bathroom together, but sometimes it’s scary, and I feel like they proved our point."

"These women needed tampons," Childs shot back. "What's wrong with that?"

"Why does it take all three of them 10 minutes? Were you putting them in each other?" Jeremy replied.

After more back and forth, Jeremy dismissed the women's complaints, telling them "You know what, I’m not doing this. Y’all can get off at the next stop if you’ve got a problem.”

According to the report, UTA spokesperson Carl Arky issued a statement saying the agency became aware of the video Wednesday morning, and that the employee has been placed on paid leave while UTA’s human resources department investigates the incident.