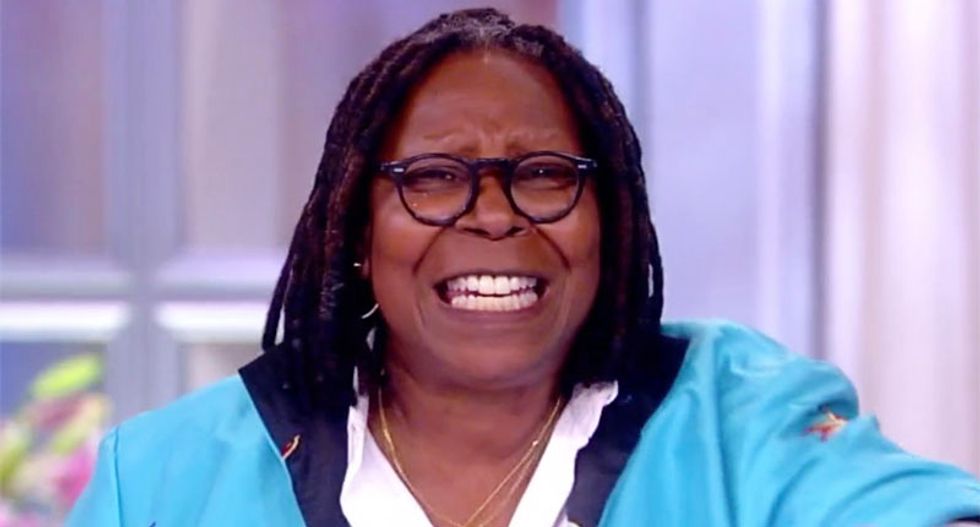 Speaking for a great many people, The View's Whoopi Goldberg went off on a furious rant on Tuesday morning at airlines that continue to overbook flights in search of higher profits and at the expense of travelers.

Discussing a recent incident where a gay couple was asked by Alaskan Airlines employees to move so that a heterosexual, couple could have their seats, Goldberg hammered that particular airline over discriminating against the couple before taking on the industry at large.

"Alaska Airlines is apologizing to a gay couple after one of them was asked to move out of his premium seat so a heterosexual couple could sit together." Goldberg relayed. "Even after they explained that they too were a couple, they were asked to move or leave the plane."

"Looking into the discrimination?" co-host Sunny Hostin sarcastically interrupted to laughter from the studio audience.

"Well, I don't know if they're looking into the discrimination," Goldberg admitted, before addressing the airline industry with some advice.

"You know, this policy of maybe airlines need to start looking at this policy of overbooking stuff because you want to make money. And then kicking people out which leads to people getting that man who got dragged off," she continued, referencing a horrifying video of an Asian man who was forcibly removed by airline security in April of last year.

"Maybe y'all want to stop doing that," she repeated before turning to the Alaska Airlines incident. "You know, people get there on time, they were in their seats. You had no business saying we need this couple to sit together."