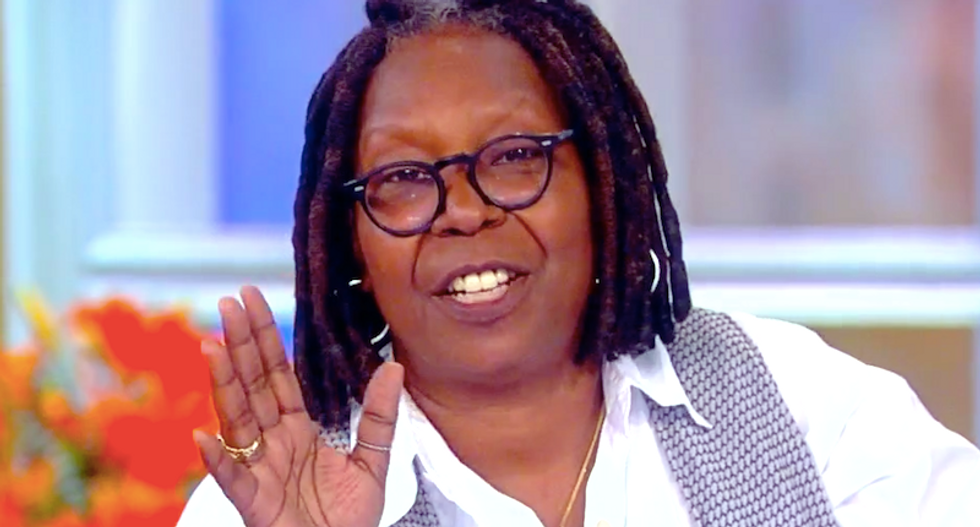 "The View" host Whoopi Goldberg tried to clarify the blowup between her and Fox News host Jeanine Pirro during the previous day's episode.

Goldberg admits she lost her cool with Pirro, but she denied ending the interview before producers signaled a commercial break and said she was reacting to profane insults launched by her guest in front of the audience.

"Things got hot on the air, (but) I want to clear up what happened afterward," Goldberg said.

Pirro went on Sean Hannity's Fox News show Thursday night to tell her side of the story, but Goldberg said she left out a lot of important details.

"There were a lot of people backstage, and I want to be very clear about what happened," Goldberg said. "There's a lot of spinning she's doing, and I can't do anything about that. I can tell you what went on."

Pirro was upset when she arrived because conservative commentator Ana Navarro was guest hosting instead of Joy Behar, according to Goldberg, and lost her cool after her segment ended on time.

"After the segment, which ended when it was supposed to -- it was not early, not late -- she called everybody at the table a name I cannot repeat on TV and said it in front of the audience," Goldberg said. "When I came off stage, I went over there, because I was a little hot, okay?"

She said Pirro stopped to confront her offstage, jabbing a finger in Goldberg's face, and claimed to have been a more effective victim's advocate in her career.

"Then I said to her some few choice words I cannot repeat," Goldberg said. "Yes, I did say it, I did say it, but I did not spit on her. I did not intimidate her. No one chased her out of here, saying get out, but she did leave here cursing at the people who booked the show. She cursed at the guys who do the security for the show."

Goldberg said the show had regularly booked guests with conservative viewpoints she doesn't agree with, and she rarely loses her cool with guests.

"Look, you can come to this show, we treat everybody with respect -- but you cannot come and call people names," she said. "You cannot point at people, and you can't do this to people."

She said anyone who knows the bombastic former judge should know what she meant about Pirro.

"People who know Jeanine know exactly what I'm talking about," Goldberg said. "They know she likes to stir it up. I rarely get stirred up, but I got stirred up yesterday. I did apologize for getting hot. It doesn't happen often -- every 10 years, it seems."