The View's Whoopi Goldberg scorches Trump for blaming ‘fake news’ for Helsinki: ‘You gave the middle finger to America’ 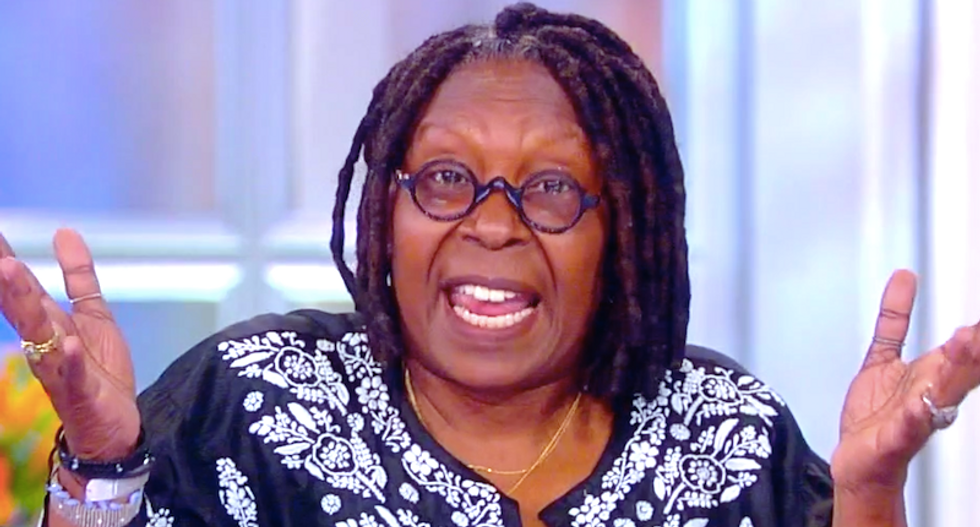 President Donald Trump blamed the universally negative coverage of his Helsinki summit with Russian president Vladimir Putin on "fake news" -- and "The View" host Whoopi Goldberg called him out.

The president sided with Putin over U.S. intelligence services and law enforcement agencies, and Republicans and Democrats alike accused him of rolling over for Russia -- or even committing treason.

"We wanted you to know this," Goldberg told her audience, after discussing the Trump-Putin summit. "You-know-who tweeted that any criticism coming from the 'fake news' is fake."

Goldberg read aloud Trump's tweet, and reminded the president -- who sometimes watches the show -- that his news conference with Putin was broadcast live on worldwide television.

"Listen, man, we saw you, we heard you, it was live," Goldberg said. "You can't pretend you didn't say it -- you said it. You stood next to that man and said it, and gave the middle finger to America."