‘I want him to fix it’: Trump voters sorry now that tariffs are killing their Missouri nail factory 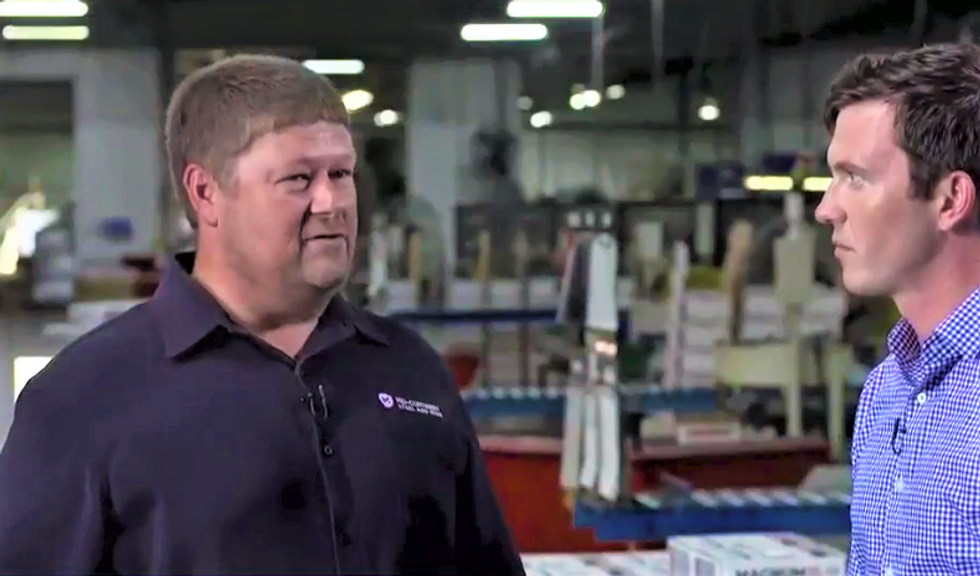 MSNBC’s Vaughn Hillyard this week visited a nail factory in Missouri that is getting absolutely crushed by President Donald Trump's steel and aluminum tariffs.

During an interview with MSNBC, Mid-Continent Nail operations manager Chris Pratt revealed that he has already laid off 60 workers from his plant -- and he warned that more jobs were at risk due to Trump's trade wars.

"We should be thriving," he said. "We were doing pretty good. But now, it's like he flipped the light switch off, and it's all because of tariffs."

Jimmie Coffer, a machine operator at the plant, told MSNBC that he voted for Trump in 2016 because he wanted to see "change" in Washington. Now, however, he worries that Trump's trade wars will cost him his job.

And another worker at the factory who voted for Trump similarly said that, while she didn't regret her vote, the factory couldn't continue to bleed money like it has been since the tariffs hit.