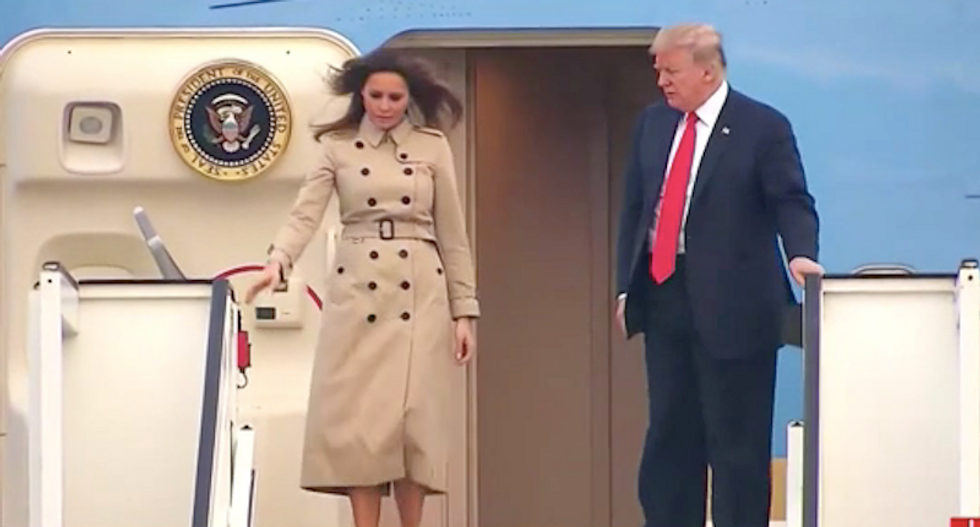 On MSNBC Tuesday, former Rep. David Jolly (R-Fl) detailed all the ways Donald Trump is woefully unprepared to meet one-on-one with Russian President Vladimir Putin. He also accused the President of being drawn to strongmen dictators like Kim Jong-un and Vladimir Putin, while alienating NATO allies.

"There was Trump getting off the plane with his classic sort of presentation look," Matthews mocked "Coat open, wide open. Tie ridiculously low below the belt. Is this part of his swagger?" he wanted to know.