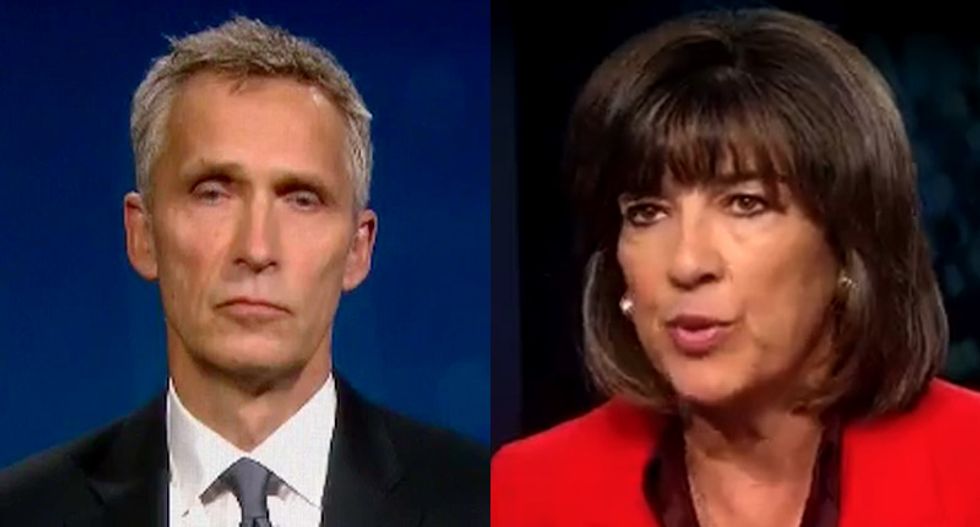 On day two of President Donald Trump's meeting with NATO in Brussels, the President claimed that America's European allies have agreed to a sharp increase in military spending.

On CNN Thursday, reporter Christiane Amanpour tried to pin down what that means from NATO secretary-general Jens Stoltenberg.

"We agreed we need to spend more. There's a new sense of urgency into investing more in our defense," Stoltenberg said.

Amanpour tried to get the exact number.

"First and foremost, has President Trump secured a pledge from NATO allies to begin spending more. Have the allies agreed specifically to figures demanded by the President today?" she asked.

"The allies have heard his message loud and clear," Stoltenberg said.

"For me this is a good summit."

"I want a clear answer. Macron denies that the allies agreed to spending beyond 2%. We need to know the facts," Amanpour demanded to know.

They then moved on to President Trump's accusation that Germany is beholden to Russia because they get there energy needs from Russian companies.

"There are very strong views and positions," Stoltenberg said.

"It's not for NATO to decide on gas pipelines."

"For us dialogue is not a sign of weakness, it's a sign of strength," he concluded, without telling Amanpour the percent NATO allies have agreed to increase spending.