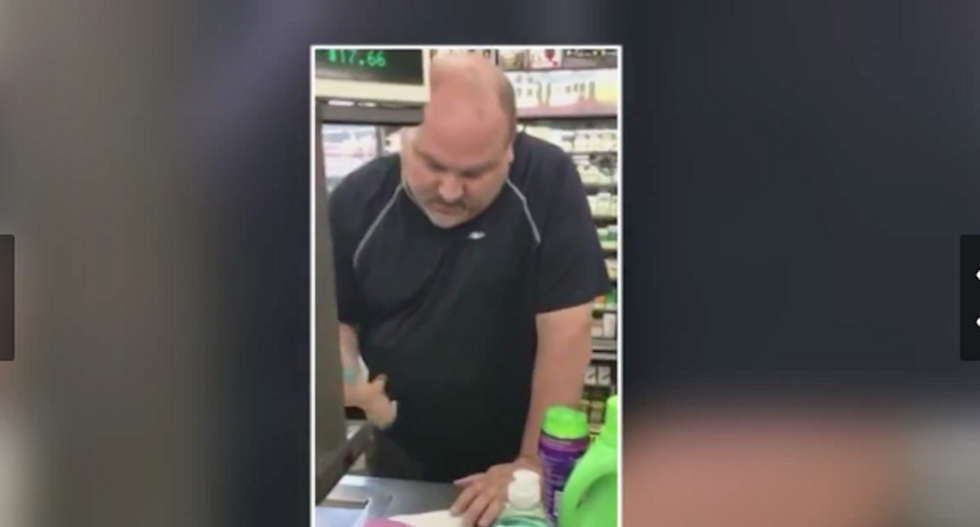 Adding to the depressing roster of normal activities black people can't engage in without being harassed: making use of special store offers.

A special ed teacher in Buffalo, New York, tried to use digital coupons at a Dollar Store, reports WIVB.

Once Wilburn's video—which she hopes turns into a teachable moment—went viral, Dollar Stone fired the manager.

They offered her a $50 gift card, which she refused.

Long ago, almost up until the end of the last ice age, a peculiar giant kangaroo roamed the mountainous rainforests of New Guinea.

Now, research to be published on Thursday by myself and colleagues suggests this kangaroo was not closely related to modern Australian kangaroos. Rather, it represents a previously unknown type of primitive kangaroo unique to New Guinea.

During an appearance on CNN's "New Day" on Wednesday morning, former Donald Trump press secretary Stephanie Grisham suggested that former first lady Melania Trump made have had some knowledge about her husband's plans on Jan. 6th.

Speaking with hosts John Berman and Brianna Keilar, Grisham, who preceded Kayleigh McEnany as Trump's press secretary, first said that everything she heard in Cassidy Hutchinson's testimony on Tuesday before the House Select Committee investigating the Capitol riot matched up with her experiences in the White House.