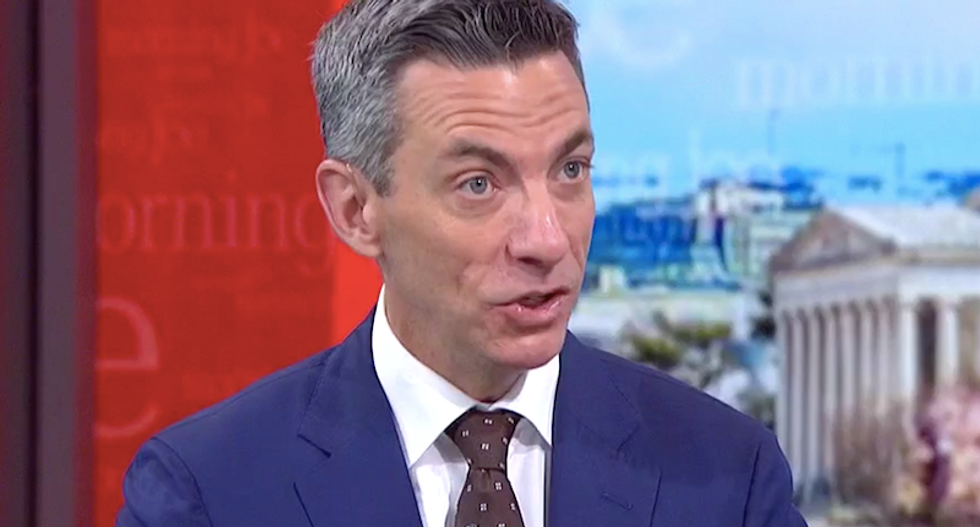 Former FBI counterintelligence agent Clint Watts said President Donald Trump and some congressional Republicans almost acted as if they were carrying out a script from a Russian influence operation.

The cybersecurity expert told MSNBC's "Morning Joe" explained how such an operation would unfold, and he said the president and his GOP allies seemed to be pushing Kremlin propaganda and strategic goals.

"First thing you do is you seed accounts in social media, seed players, operatives, political parties, NGOs, groups like that into the U.S. audience space, you align with them based on interest, financial being a big one, information being another one, common issues, like 'America first,'" Wattsa said. "That's great for Russia, because if America puts America first and the world second, Russia can get on the world stage."

Influence operations seek to nudge their target audience toward certain behaviors, and he said Republican lawmakers who visited Russia this month were a perfect example of this.

"Over time you just cultivate those relationships, and the end goal is a behavior change in your target audience," Watts said. "We saw this happen last week. We saw senators go to Russia and literally repeat lines that Russia would want them to say -- sanctions aren't working, maybe you shouldn't pursue these, or everybody does influence and meddling.

"Sen. (Richard) Shelby (R-AL), he essentially repeated a line you will hear come out of the Kremlin," Watts said, referring to the senator's description of Russia as a competitor, not an adversary -- which Trump has also repeated.

"That's the behavior change they want," Watts said. "The thing we don't realize is that it is boiling the frog. It is very slow and the goal is to nudge the target audience, which is the Republican Party, to take on your agenda."

"You saw Republicans in Congress attacking another U.S. institution to defend President Trump, who's under investigation from a Russia collusion and obstruction case," Watts said. "This is exactly how active measures (play out), which is have your adversary fight with itself so they cannot fight with you and withdraw on the world stage."

"At every single point, with the exception of one -- removal of sanctions -- Russia has advanced its goals and foreign policy," he added.