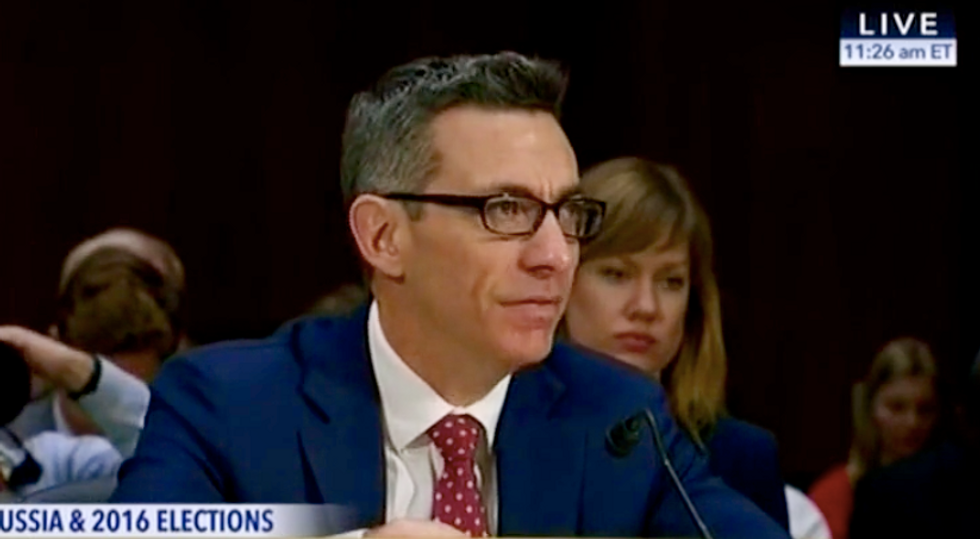 A former FBI special agent who specializes in cyber-security and counterterrorism warned of a "five-alarm fire" burning in America in the wake of President Donald Trump trip to Europe.

"This is where you start to see institutions' red lights flashing, what if this is the worst case scenario," former agent Clint Watts explained Tuesday to Ali Velshi on MSNBC. "Imagine being in the intelligence agencies today and you've watched your commander-in-chief take the side of your adversary who struck you with an information attack in 2016, who is messing with you on many fronts against NATO allies, who your president advances conspiracies that the Kremlin might put out against U.S. intelligence agencies."

Watts is a fellow at the Foreign Policy Research Institute, MSNBC contributor, and author of Messing with the Enemy: Surviving in a Social Media World of Hackers, Terrorists, Russians, and Fake News.

"We saw it with a tweet yesterday, this is a rigged witch hunt, the Mueller investigation," he continued.

"The Russian Ministry of Foreign Affairs retweeted the President of the United States, who called it a witch hunt and said we agree," Velshi noted. "This is remarkable!"

"And beyond the analysts, there are clandestine workers, spies, FBI agents who face mortal danger on a daily basis, who do so willingly in the defense of this country, but then to find out that the ultimate boss sort of doesn't really believe in the value of what you're doing, that has got to make you question your very work," Velshi noted. "We are talking about hundreds of thousands of people."

"Not only that, the Department of Justice yesterday -- while this is going on in Helsinki -- takes an indictment against a Russian agent they believe to be infiltrating a U.S. organization tied to a political party."

"What more evidence do you need that this is a five-alarm fire in our country right now," Watts wondered.