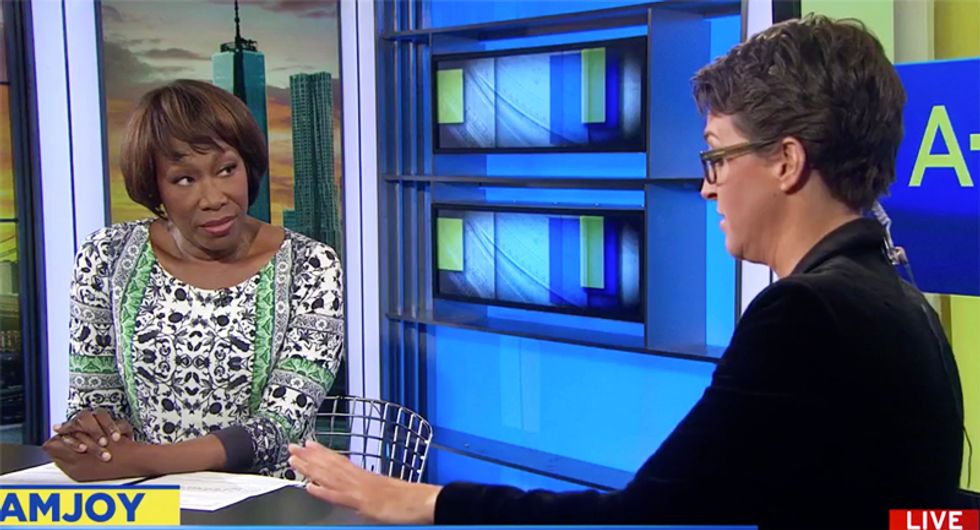 During an extensive interview with fellow MSNBC host Joy Reid about President Donald Trump's recent meet-up in Helsinki with Russian President Vladimir Putin, Rachel Maddow warned that the private meeting between the two could result in massive chaos down the line if the Russian's want to manipulate Trump's comments made to the Russian leader.

Noting DNI head Dan Coats speculating that it was entirely possible the Russians recorded the meeting,  Maddow took it a step further as to what that could mean down the line.

"But because we have to assume the Russians made a recording there, the Russians not only know what happened in that room because Putin was there, but they have a recording that they can manipulate to their desire," she warned. "So, whatever they want to make it seem like Trump said, whatever they're going to take to the bank, when they need to say, 'Hey, listen, the U.S. president gave us permission to do this,' they're absolutely free to doctor that tape if they need to."

"Whatever Trump actually said is probably bad enough," she smirked, "but whatever they want to make him say, they can retroactively do. And there's no American rebuttal to it because there were no Americans in that room other than Trump and the translator to keep him honest."