WATCH: New York woman loses it and rants to police after seeing black woman outside her door 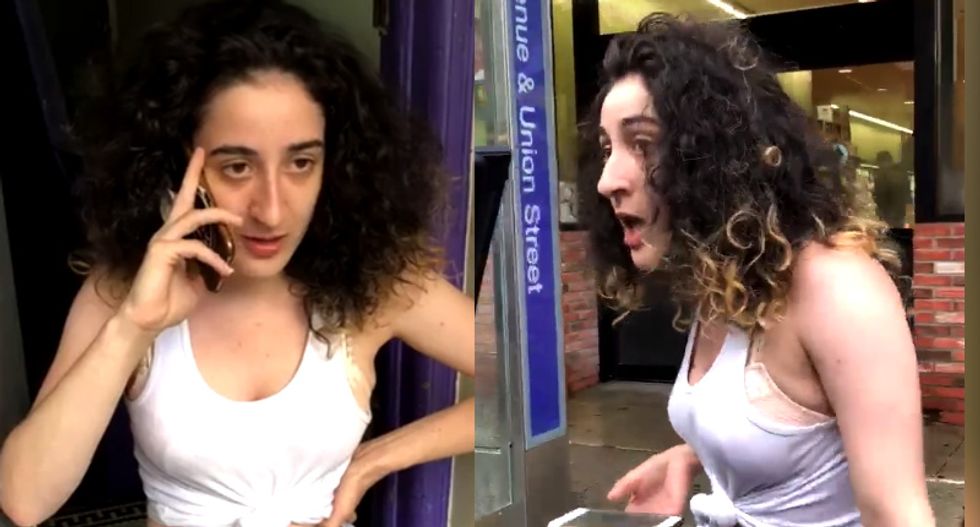 People of color have had the cops called on them at an increasing rate over the past months. Most recently, a black woman in Brooklyn, New York was waiting on her Uber when she experienced discrimination at the hands of a white woman.

According to Ebony, Darsell Obregon was waiting for an Uber on July 25, when Arabella Juniper called 911.

Obregon recorded the incident and uploaded the video to Facebook. Obregon said she was waiting inside an apartment doorway to stay safe from the rain when she had the cops called on her.

"On Sunday afternoon, I was in Brooklyn walking to the train when a sudden rainstorm began and I hid in the doorway outside of a random apartment in Park Slope to shield myself from the rain and called an Uber," Obregon wrote on Facebook.

She was only standing in the outside doorway for less than five minutes when Juniper decided to call the police.

"No more than 3 minutes later a young woman who lives in the building opened the front door and told me that I can not stand there and had to leave. I told her I was not going to move (unbeknownst to her I was just waiting for my ride and would be leaving in a couple of minutes) so then she called the police," she wrote on Facebook.

Once the Uber arrived, Juniper continued to harass her. The Uber driver tried to drive away slowly, but Juniper followed the car.

"If you go anywhere, you'll be committing a crime, as well, you know that right?" Juniper said to the Uber driver.

This situation is a part of the countless incidents of people of color having the police called on them for doing ordinary tasks. According to an NPR report, 92 percent of black people said they experienced discrimination within their lifetime.