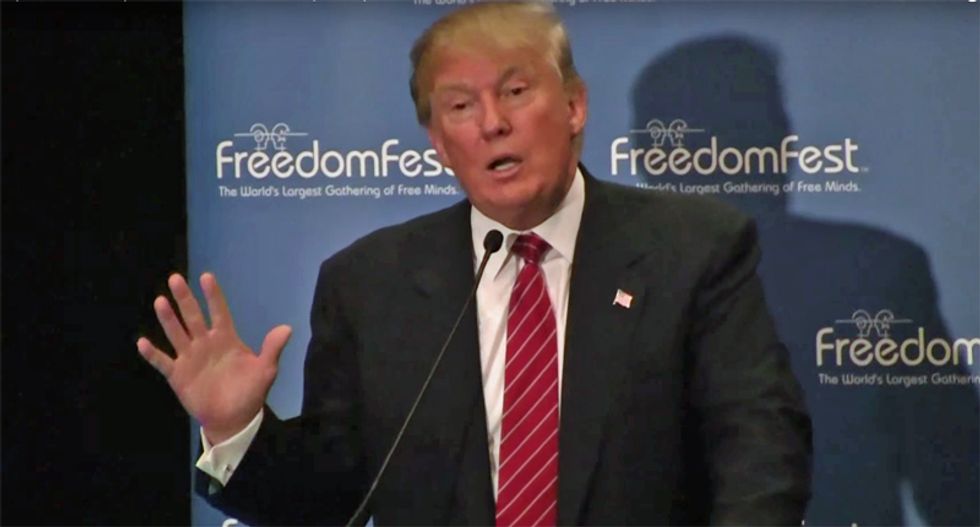 The famous Las Vegas tourism ad campaign slogan "What happens here, stays here" may have become part of the culture by inspiring an Usher song and the Hangover movies trilogy, but it does not seem to apply to conversations between a Russian operative and a billionaire New York real estate developer running for President.

Mariia Butina, 29, was arrested on Sunday for conspiracy to act as a secret agent of the Russian Federation within the United States.

Butina spoke with Donald Trump in Las Vegas in July of 2015, shortly after he began his presidential bid.

At the FreedomFest libertarian convention, the alleged foreign agent managed to get a favorable public response to a request to end "damaging" sanctions that were imposed after Russian Federation President Vladimir Putin annexed Crimea.

The video was uncovered by Mother Jones magazine in March.

“I am visiting from Russia,” Butina told the candidate.

“My question will be about foreign politics,” Butina continued. “If you will be elected as president, what will be your foreign politics especially in the relationships with my country? And do you want to continue the politics of sanctions that are damaging of both economy [sic]?" Butina asked. "Or you have any other ideas?”

“I know Putin, and I’ll tell you what, we get along with Putin… I believe I would get along very nicely with Putin, OK?" Trump answered.

"I don’t think you’d need the sanctions. I think we would get along very, very well," Trump said.