WATCH: Virginia GOP US Senate candidate drowned out by debate audience laughter for saying Trump is 'standing up to Russians' 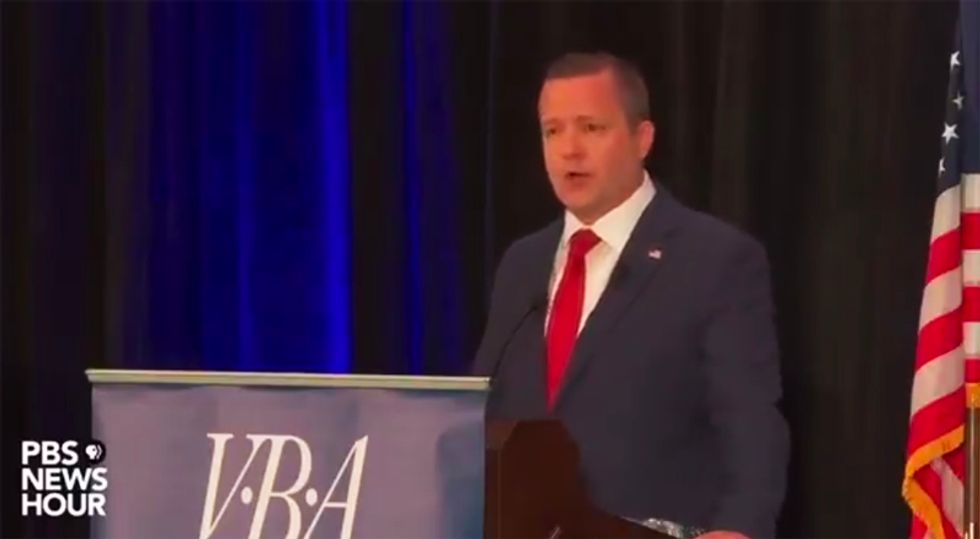 The Republican U.S. Senate candidate running to take the seat of Sen. Tim Kaine (D-VA) had to make an awkward pause during a debate response on Friday night as the audience drowned him out in laughter for saying President Donald Trump is standing up to Vladimir Putin.

In the video uploaded to Twitter, candidate Corey Stewart -- who has been dogged by his own racist comments and advocacy for the Confederacy -- was speaking up for the Republican president when he went a bit too far for the audience.

He then added, "We have a president who is standing up to the Russians, and now, Sen. Kaine…” at which point the audience began laughing loudly and Stewart stood looked flustered before soldiering on as the guffaws died down.

You can watch the video below via Twitter by Adam Best:

Neo-confederate Republican Corey Stewart gets laughed at by Tim Kaine and the entire audience at the #VASen debate… https://t.co/BmR6V9Vn50
— Adam Best (@Adam Best) 1532195485.0