WATCH: White man goes bonkers after spotting a Muslim family in public — and threatens to kill them 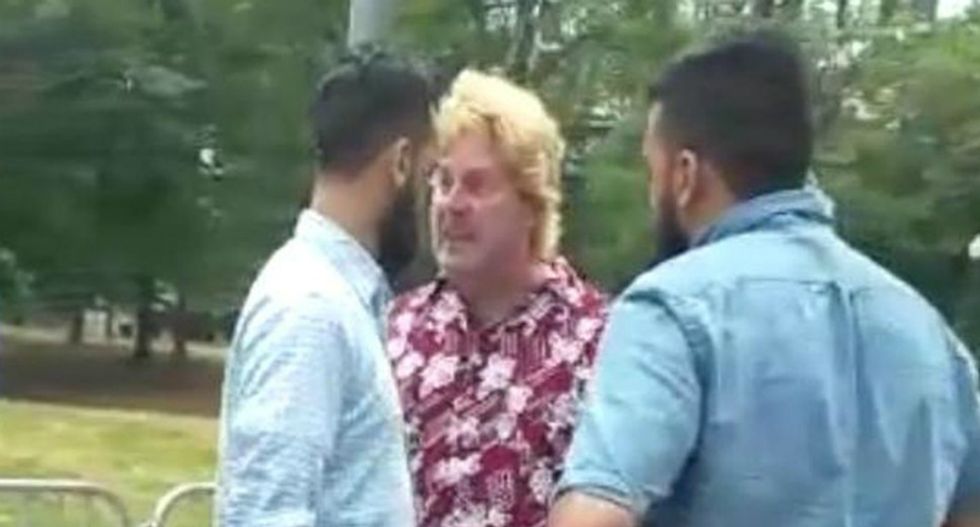 A white man confronts a Muslim family in Toronto. Image via screengrab.

A white man is under investigation by police after a video of him screaming at a Muslim family and berating them for being in his region went viral.

The Toronto Star on Thursday reported that a spokesperson for the city said the incident, which took place at the Jack Layton Ferry Terminal with security provided by the city of Toronto, is under review.

Spokesperson Jane Arbour told the Star that the city is “reviewing the incident and the staff response to ensure we are doing everything possible to provide safe, welcoming spaces for residents and visitors," and that "racism, harassment and assault are not acceptable in our parks and public spaces.”

The video, which appeared to have been recorded Monday, went viral earlier this week and shows an older white man being aggressive towards a Muslim family. At one point, he told them "you don’t ask me a question in my f*cking province," and later when they're speaking to a security guard, yells that he will "f*cking kill" them. He also appears to shove one of the men in the family, who responds by pushing him away.

The incident was recorded from two vantage points — one by someone who appears to be a member of the involved family, and another from behind the older white man.

You can watch both videos below: