WATCH: White shopper calls police on black woman for taking parking spot she assumed was hers 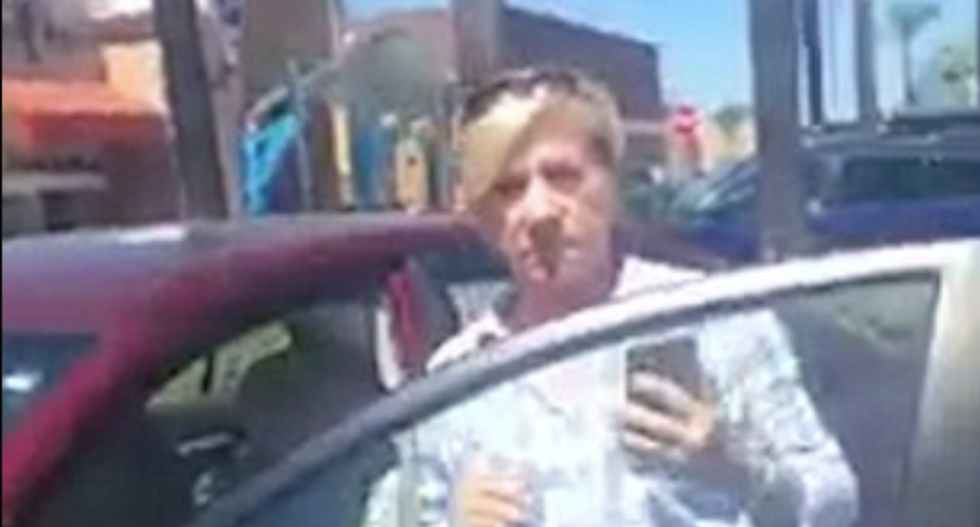 A spat over parking in a San Diego strip mall prompted a white woman to call the police on the black driver who took the spot she wanted.

The black woman, who recorded the incident, said that she hadn't seen the white woman waiting for the parking spot when she'd parked her car there, the Daily Mail reports.

The white woman confronted her, maneuvering her vehicle in a way that blocked a lane in the parking garage.

"She gets out and taps on my back door of my vehicle and began to tell me that it was her parking space and that she was waiting on it," the black motorist said.

She started recording when the white driver called the police.

"This lady is mad because I took her parking spot when she was over there and now she's blocking this whole intersection," she says in the video.

When she held up her phone threatening to call the cops the woman replied "You're crazy."

On an almost weekly basis, stories come out about white people calling the police on black people engaging in benign, everyday activities.

That includes: listening to yoga,  smoking a cigarette, being in a public pool, trying to use a coupon, and hanging out in a restaurant parking lot.