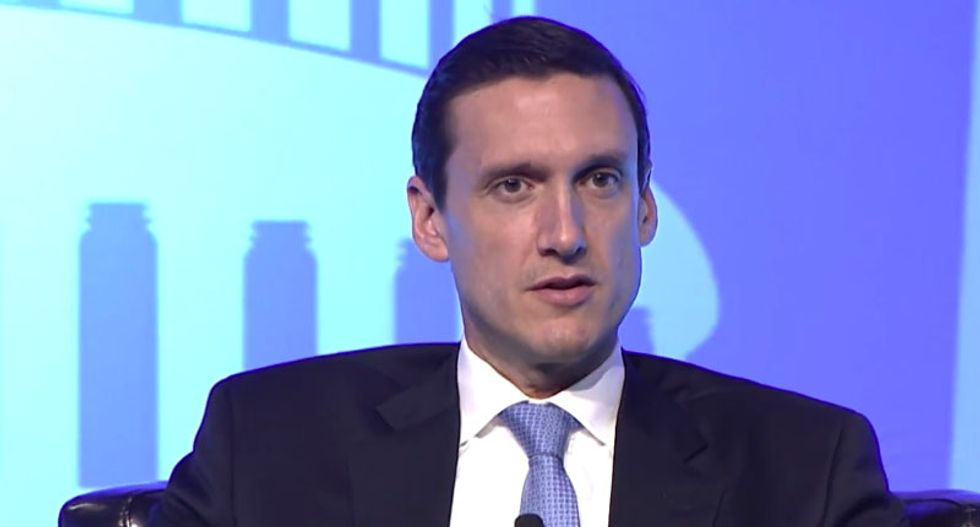 President Donald Trump's former homeland security adviser tasked with overseeing cybersecurity was forced out earlier this year, and he's worried that no one is continuing his work.

Tom Bossert and his cybersecurity deputy Rob Joyce were pushed out of the White House by new national security adviser John Bolton, who shrunk the National Security Council around himself, and the former Trump adviser is alarmed at what he's seen since leaving, reported Michael Isikoff for Yahoo News.

He said coordinating cybersecurity was a complex and uncharted task, and he's worried that no one is really focusing on that in the Trump administration.

“In some way playing jazz music, improvising policy, because there is no clear playbook for it,” Bossert said. “And so, yes, if you’re asking me do I have any concerns? The concern would be who’s minding the store in the coordination and development … of new and creative cyber policies and strategies.”

Bolton has downgraded Bossert's former position and appointed Coast Guard Adm. Doug Fears to replace him, and the former homeland security adviser was alarmed by Trump's behavior after the Helsinki summit with Russian president Vladimir Putin.

"Look, I don’t mean to pile on him," Bossert said. "I’ve stated I was pretty disappointed — I think others have — in the president’s press conference performance. He needed to correct that, it seemed to be appeasing Putin far too much. In fact, it seemed oddly to suggest he believed Putin’s galling assertions and dismissals.”

The president sided with Putin over U.S. intelligence and law enforcement agencies, which blame Russia for election-related hacking and other cyber attacks, and Bossert said Trump should know better.

“We talked extensively on cybersecurity,” Bossert. “I thought we had a sufficient number of conversations on this particular matter.”

Bossert is concerned that Russian hackers will target critical systems in the U.S. after malware inserted into Ukrainian computers during the NotPetya attack ended up infecting American computers.

“They engaged in absolutely reckless behavior and that, you might recall, it ended up causing billions of dollars of loss in Western Europe and the United States,” Bossert said. “And it also shut down three American ports for a period of a couple of days each. That was a tremendous, tremendous blow.”

Bossert publicly blamed Russian military intelligence for that cyber attack and called for new sanctions, and he hopes current White House officials will continue his efforts.

“We have to lead,” he said. “The United States has to take action to turn that kind of improvising playbook into a written down set of rules based on action. We make some mistakes along the way, that’s better than not acting.”