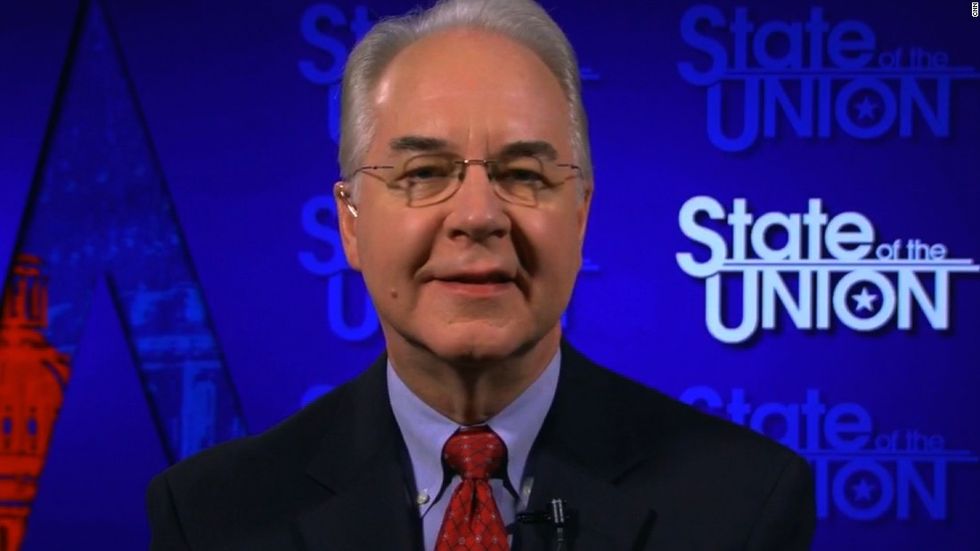 When that drug failed a clinical trial in Australia, the company's stock plummeted. Collins is accused of telling his son about the disappointing results ahead of the public announcement, leading his son, his son's father-in-law, and others to unload stocks before the drop. They avoided losing $768,000, according to the indictment.

For years, Collins' relationship to Innate raised concerns in the Capitol.

In 2017, Rep. Louise Slaughter (D-N.Y.), called for an investigation, citing Collins' cozy relationship with the biotech drug company after its value dropped. The New York Republican held a 16 percent stake in the company.

"Innate plummeted in value by more than 90 percent literally overnight. This follows the company previously suggesting a great response to its drug and touting that it stood to generate as much as $3 billion in profits in this country alone," Slaughter said in a statement.

"This raises very serious questions as to when Congressman Collins knew about the drug’s performance and who is responsible for the suspicious trading before the drug’s failure was publicly known. Did Congressman Collins come here to make money for himself or to represent his constituents? This development only raises more questions, and we need to get the answers. It cries out for an investigation."

At least six Republicans appear to have been convinced by Collins' pitch (though at various times they claimed to have arrived at the stock purchase through media reports).

1. Tom Price, who served as Secretary of Health and Human Services. During his confirmation hearings, Price was accused of taking advantage of a special deal on Innate stock only available to a select number of lawmakers at a discount offered by Collins.

2. Rep. John Culberson (R-TX): The Texas Republican claimed he heard about Innate from media reports, but as the Houston Chronicle noted, it's not clear which. At the time of his purchase, Innate was described as "a tiny pharmaceutical company from Australia that has no approved drugs and no backing from flashy venture capital firms." The Chronicle pointed out that Culberson's past investment history does not square with his purchase of biotech stocks and his opponent, a research physician, has wondered what led Culberson to invest, "since at the time he bought it in January there had been no published research articles or significant clinical trial updates on the drug, known as MIS416."

3. Rep. Mike Conaway (R-TX) is another Texas lawmaker who bought large shares in Innate. He does not appear to have purchased Innate stock at a discount.

According to the indictment, Collins was shocked when he was informed about the drug's failed trial.

"Wow. Makes no sense. How are these results even possible???" he wrote to the CEO of Innate.

After entering office in 2013, Collins worked on passing a provision that would speed up the drug approval process, reports the Buffalo News.

The National Archives denied a request by Republican lawmaker for a peek into the investigation of Donald Trump's handling of top-secret government documents.

Rep. James Comer (R-KY), the ranking Republican on the House Oversight Committee, had asked for internal communications from archivists about the materials they had been trying to get back from the former president before referring the matter to the Department of Justice, which then obtained a warrant to search Mar-a-Lago.

Already racked by an economic crisis, Iranians have been taking to the streets to express fury over the death of 22-year-old Mahsa Amini in the custody of the “morality police”, despite a deadly crackdown. It is a case of longstanding anger boiling over – amid intensifying repression since hardline President Ebrahim Raisi took power in 2021.

One viral video on Twitter says it all about Iranian protesters’ defiance of the “morality police”: a young woman throws her veil into a bonfire and dances.

Rep. Matt Gaetz (R-FL) is unlikely to be charged in relation to a long-running sex-trafficking investigation, The Washington Post reported on Friday.

Career prosecutors reportedly told the Justice Department that a conviction is unlikely due to unreliable witnesses. While a final decision as to whether they will prosecute Gaetz has not been determined, it's rare for a prosecution to move forward in light of such prosecutorial doubt.