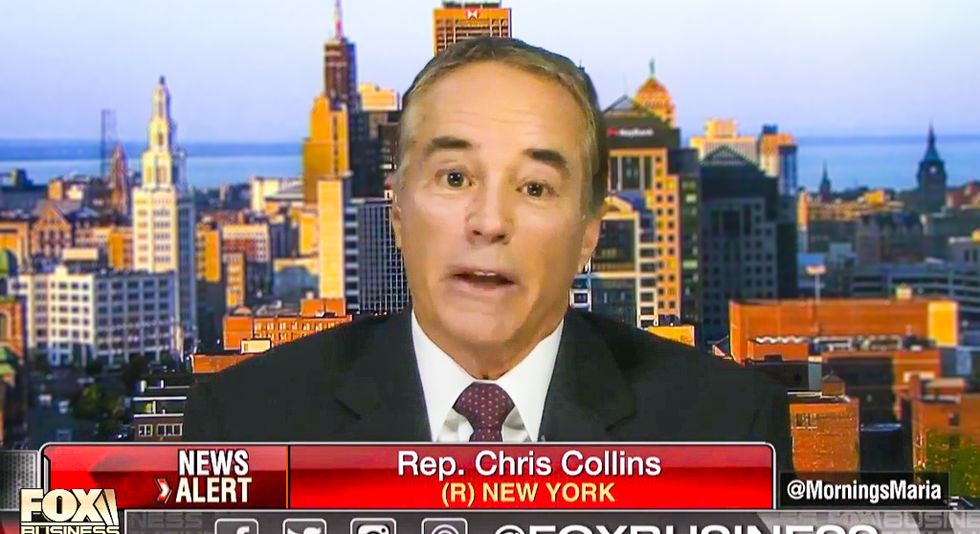 Rep. Chris Collins (R-NY), the Trump-loving lawmaker who was arrested on Wednesday on insider trading charges, was allegedly at the White House when he broke the law.

According to the indictment leveled against Collins, the Republican lawmaker was attending the annual Congressional Picnic at the White House when he received an email from the chief executive of Australian biotech firm Innate Immunotherapeutics that informed him that the company had just suffered a massive drug trial failure.

Specifically, the email informed Collins that "top-line 12-month data... show no clinically meaningful or statistically significant differences in [outcomes] between [Innate's experimental drug] and placebo... no doubt we will want to consider this extremely bad news."

The indictment claims that, after receiving this email, Collins then called his son, Cameron Collins, to inform him of the drug's failure -- despite "knowing that it was in breach of his duties to Innate."

According to prosecutors, Collins made the call to his son to get him to dump shares of the stock so that they wouldn't have to take a massive financial hit when news of the drug's failure broke.

Collins is one of six Republicans connected to the insider trading scandal.