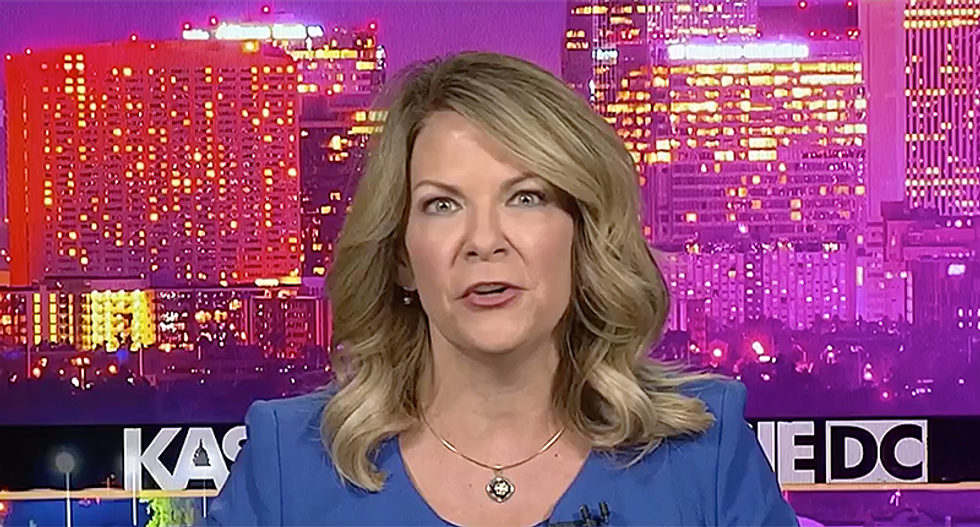 Kelli Ward, a Republican candidate for Senate in Arizona, found herself facing fresh controversy on Monday just two days after she accused the late Sen. John McCain of intentionally timing his death to hurt her candidacy.

On Saturday, shortly after McCain died at the age of 81 after a long battle with brain cancer, a Ward staffer posted a conspiracy theory that the announcement of McCain's death was timed to distract from Ward's statewide bus tour.

Rather than shooting this theory down, Ward instead wrote that, "I think they wanted to have a particular narrative that was negative to me" when they announced McCain's passing.

On Monday, Ward went back online to post a tweet attacking "political correctness" that raised several eyebrows because she compared it to cancer -- the very disease that took McCain's life.

Many of Ward's followers immediately accused her of using the "cancer" simile as a way to once again spark controversy over her controversial remarks about McCain's death on Saturday.

@kelliwardaz And cancer is just an underhanded trick a rival politician used to steal attention away from your bus tour
— maxey (@maxey) 1535383904.0

@kelliwardaz Please fucking stop! I am sitting in a chemo room currently with my wife who has cancer! Fighting for every day!
— Judson McCulloch (@Judson McCulloch) 1535384145.0

@kelliwardaz Wow, way to hit rock bottom as a decent human being, then pick up a shovel and start digging even deeper.
— Crazy Redhead (@Crazy Redhead) 1535383908.0

@kelliwardaz Kelli Ward, I think you have just cost yourself the votes of every decent human being.
— Brandon Horan (@Brandon Horan) 1535383932.0