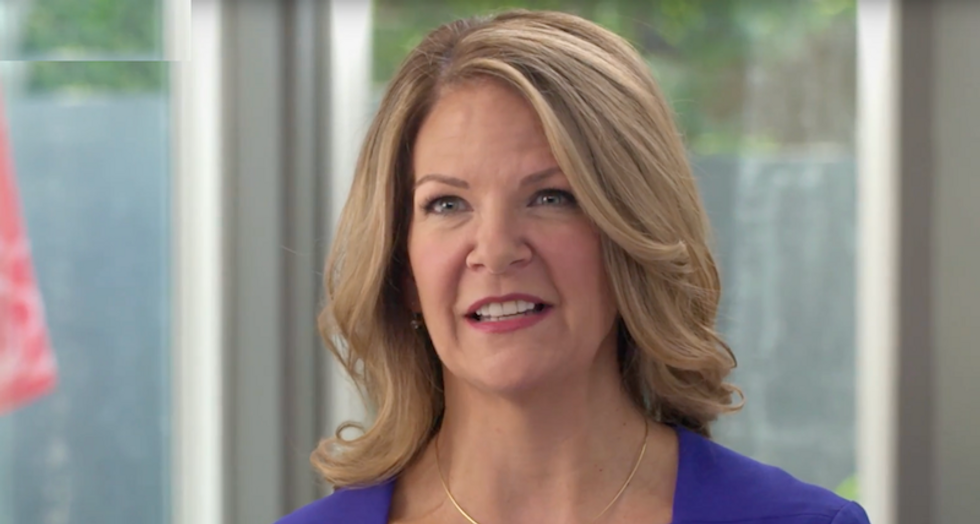 Arizona Republican Kelli Ward and one of her staffers accused John McCain of announcing that he was about to die at a time that would harm their campaign.

Veteran Arizona TV reporter Brahm Resnik shared tweets between the staffer and Ward herself, in which they bantered about the timing of McCain's announcement that he was dying.

"I wonder if John McCain's trying to steal attention from Ward's bus tour by announcing his life is coming to an end," the staffer wrote.

Ward, a Trump-loving extremist who primaried McCain in 2016, had a contentious relationship with McCain, who she frequently slammed.

Ward is now running for Sen. Jeff Flake's seat (R-AZ), and agreed that McCain was trying to have a "negative" effect on her by dying.

"I think they wanted to have a particular narrative that was negative to me," Ward wrote in response to the conspiracy theory.

WHAT IS WRONG WITH YOU? @kelliwardaz staffer: I wonder if John McCain's trying to steal attention from Ward's bus t… https://t.co/mG87cFCIsE
— Brahm Resnik (@Brahm Resnik)1535234707.0

After Resnik pointed out Ward's comment she deleted it and posted a statement accusing the "fake" news of pushing a narrative.

@kelliwardaz deleted that comment on the FB thread. She has now posted this comment, blaming the media. https://t.co/EYozlaLRzT
— Brahm Resnik (@Brahm Resnik)1535237861.0