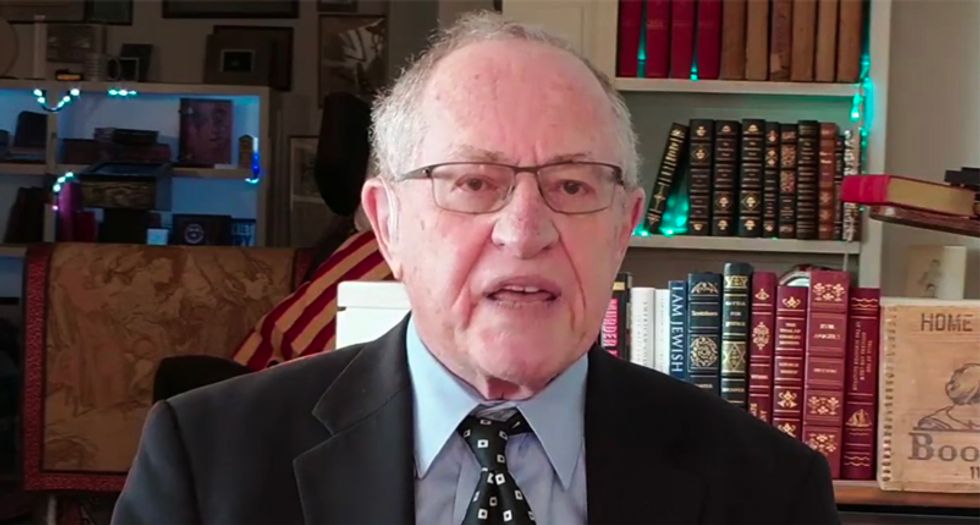 Appearing on ABC's This Week, former law professor Alan Dershowitz admitted that President Donald Trump's attorneys should stop him from interviewing with special counsel Robert Mueller's investigators even if it is at the expense of Americans finding out the truth about Russian involvement in the 2016 election.

Speaking with host George Stephanopoulos, the attorney who has become one of Trump's most avid defenders said Trump's attorneys are just doing their job by shielding Trump from questioning.

"Look, I fully understand why so many people want, hope, that President Trump has committed crimes and impeachable offenses, but the evidence isn't there," he said in reference to Trump approving paying off adult film star Stormy Daniels and Playmate Karen McDougal.

"The president or the candidate is entitled to contribute anything he wants to his own campaign," he continued. "So the only issue here is whether or not there was a failure to report the contribution."

"You were just about to say, Professor Dershowitz that perhaps the special counsel is the least of the threats the president faces right now," the ABC host pressed. "You’ve got the Southern District, you’ve got the New York attorney general, you’ve got the Manhattan district attorney. Where’s the greatest threat?"

"Look, it would be good for the American public if President Trump sat down and said everything he knows, but it wouldn’t be good for President Trump," Dershowitz admitted. "And that’s why his lawyers are so strongly recommending against it. His lawyers, particularly his private lawyers, are not supposed to consider what’s best for America. The White House counsel perhaps, yes, but his private lawyers are supposed to consider what’s best for Mr. Trump."

"And it certainly is not best for Mr. Trump to sit down and allow himself to answer questions, even truthfully, that might be contradicted by Cohen or McGahn or somebody else, because that’s a perjury trap," he concluded.