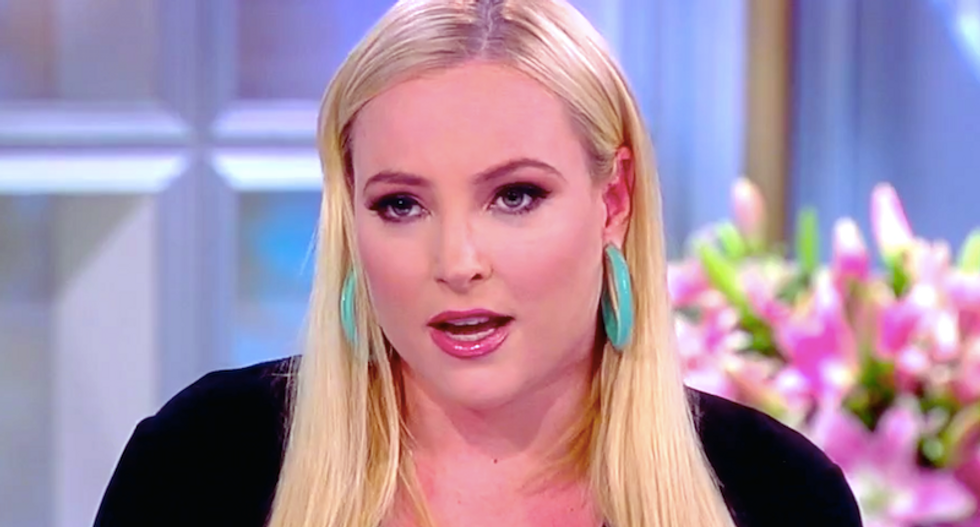 Thursday's episode of "The View" had the table return to the conversation about socialist policies some candidates are advocating. After last week's eruption, co-host Meghan McCain conceded that her perspective changed in wake of her father's battle with brain cancer. Still, she took a swipe at Canadian healthcare and neighbors to the north revolted.

Discussing Alexandria Ocasio-Cortez, McCain noted that like Bernie Sanders, she hears these demands of "healthcare for all" without understanding of ways that people could pay for it.

"I know discussing socialism on the show triggers everyone in the world that I'm against it," McCain said, referring to the backlash. "I get people are for it. I'm 100 percent against it. Bernie Sanders says Medicare for all would cost $32.6 trillion over the next 10 years. I believe at a certain point, explain how we're going to pay for it. If everyone is for it, you have to pay the 70 percent or 80 percent taxes they're proposing."

Co-host Joy Behar explained that many countries make health care a right and they have similar tax rates as the United States.

"Do you believe health care is a privilege of some sort or is it a guarantee?" Behar asked.

"I believe there's a reason that people in Canada come to this country to get better health care," McCain said. The comment sparked a backlash from Canadians on Twitter, who claimed they know of no one who comes to the United States seeking healthcare. McCain argued the quality is better in the U.S.

@MeghanMcCain come to Canada and witness our Health Care. I work for McGill University in Montreal and we are baffl… https://t.co/vT2XFhkSvj
— Hiio Kirby (@Hiio Kirby)1533224546.0

She said that her perspective of healthcare changed after her father got brain cancer.

"We're having a debate right now," McCain said as the audience applauded Hostin's statement. "I think a problem with this is, don't paint me out to be -- it's very complicated on this show. I'm just trying to talk about the realities of what it's going to cost. It's not that my heart doesn't open. I just admitted on national television that my perspective changed after my father got sick. Don't say I believe in all these things. It's making me seem noncompassionate. I'm not."