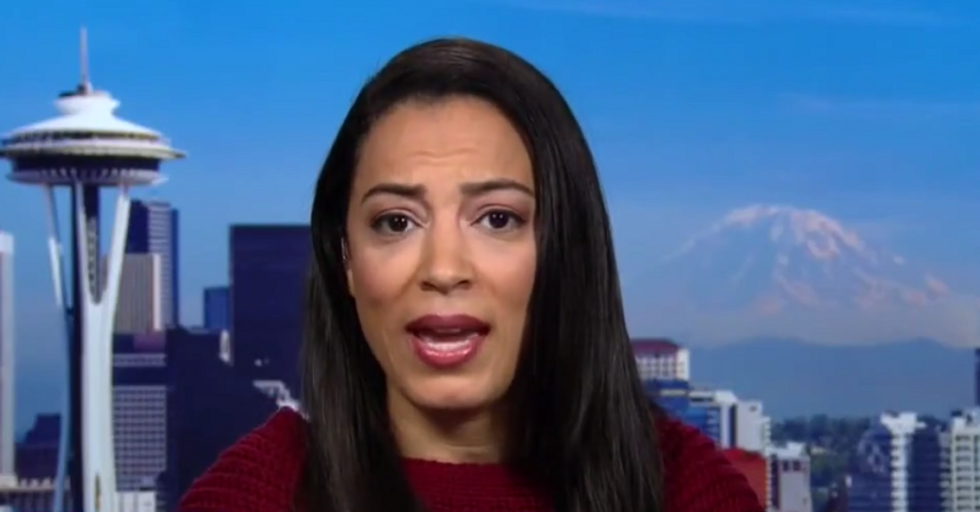 CNN's Angela Rye on Friday brutally smacked down a Trump-loving black pastor for engaging in what she described as "coonery" for his attempts to butter up President Donald Trump.

The feud started when Pastor Darrell Scott said that Rye should star in a movie called "Diary of a Mad Black Woman 2" because she "is mad because her deck of Race Cards is completely worn out!"

Rye did not take this lying down.

"You know what makes me mad? Coonery," she said. "You know what coonery is? Telling a bigot he’s the most 'pro-Black President in history.' Why? For attention. How do you sleep at night? I’m praying for your flock, PASTOR."

Earlier this week, Rye got into a spat with Trump supporter Gina Loudon, in which she said that America is not great because "people like you come on and lie for the president of the United States."