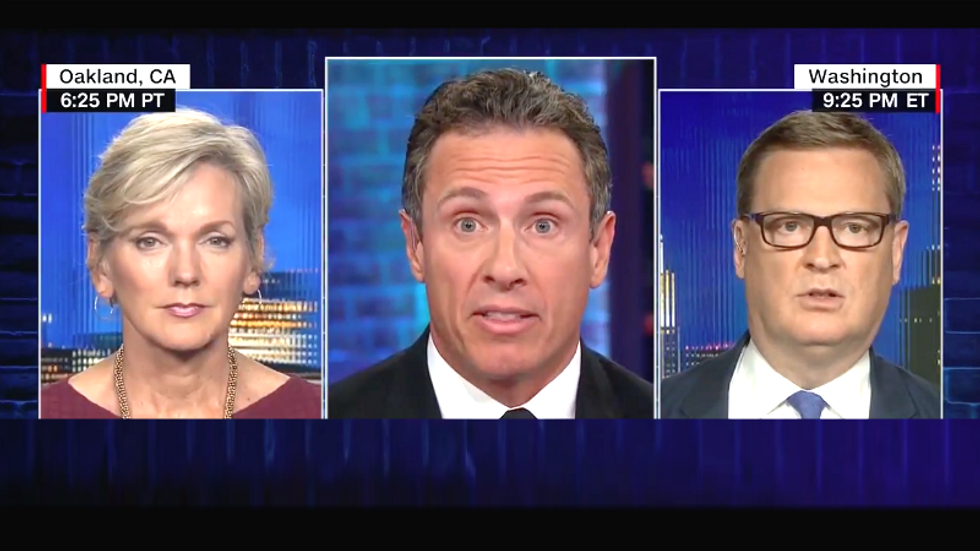 President Donald Trump revoked the security clearance of former CIA director John Brennan — a moved that was viewed as unprecedented.

"I think that Brennan has done a huge disservice to the men and women in our intelligence community," Shields said. "I have tremendous respect for the thousands of men and women who work every day to keep us safe. I'm glad to hear the Democrats are finally admitting that these people matter. They're now coming to their defense and talking about the intelligence community."

"I'm not going to leave the intelligence agencies and become a partisan who attacks the millions of Americans' views on this," Shields said.

With a confused look, Cuomo interrupts Shields and asked him to clarify his point.

Shields then continued to defend the president, but Cuomo would not let him off of the hook.

"There is this stench of hypocrisy coming out of you because you don't see the president as equal or greater an egregious example of the same ills," Cuomo said.

He added, "The man has pilloried the intelligence community from the jump in a way we've never seen. He dismisses the reality of Russian interference only to the extent that it suits his own personal political aims. And you criticize the Intel guys, who are far less influential than the president."

Cuomo called out Shields for not being disturbed by President Trump's actions.

"He says things, and you say he's lacking the fundamental integrity, and he's not dealing with it, and he's undermining the intelligence community. But you are not similarly bothered by the president. How not?"