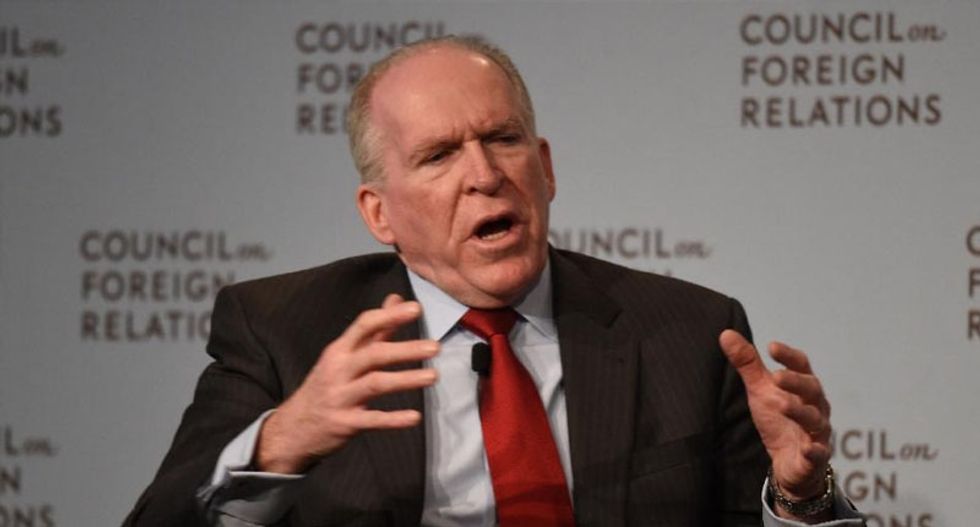 Former CIA director John Brennan said that he's not deterred by President Donald Trump's attacks. After it was announced that his security clearance would be revoked, Brennan tweeted that he will not relent.

"This action is part of a broader effort by Mr. Trump to suppress freedom of speech & punish critics," he said Wednesday afternoon "It should gravely worry all Americans, including intelligence professionals, about the cost of speaking out. My principles are worth far more than clearances. I will not relent."

Brennan later compared Trump to a "foreign despot" during an MSNBC interview.

The president claimed the motivation was Brennan's "erratic" behavior, but many believe it's merely a petty attack on a political adversary.

“At this point in my administration, any benefits that senior officials might glean from consultations with Mr. Brennan are now outweighed by the risks posed by his erratic conduct and behavior … That conduct and behavior has tested and far exceeded the limits of any professional courtesy that has been due to him,” Trump said.

Brennan has trolled the president fairly consistently. At times the attacks have gotten personal, with the former CIA director slamming the president's human decency.

“It’s astounding how often you fail to live up to minimum standards of decency, civility, & probity. Seems like you will never understand what it means to be president, nor what it takes to be a good, decent, & honest person. So disheartening, so dangerous for our Nation,” Brennan wrote.

Brennan stepped up his attacks against Trump after the meeting with Russia, calling the president as a traitor to America.