CNN's Don Lemon gets emotional while grilling black pastor who met with Trump: 'They believe that religion keeps people in chains' 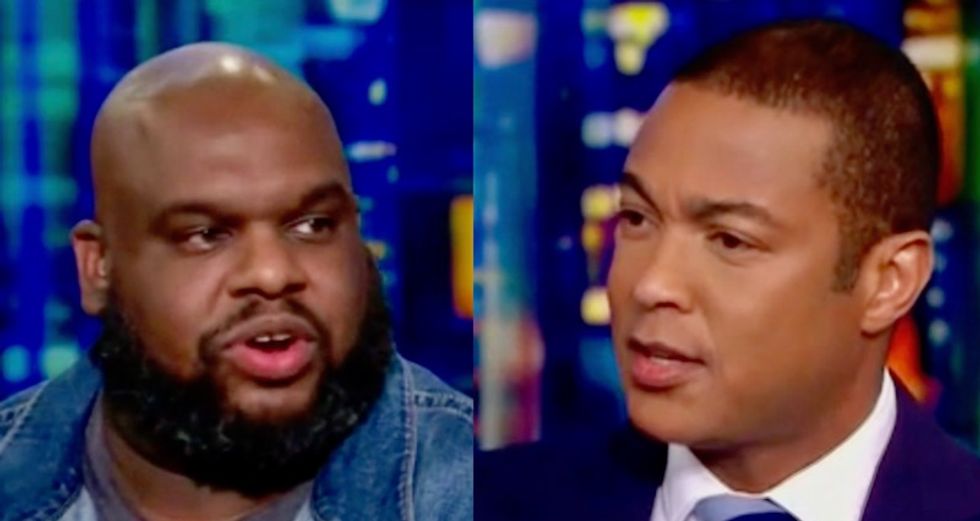 South Carolina pastor John Gray is one of the pastors who met with President Donald Trump this week, giving the president a controversial photo-op with leaders of the black community.

Gray has faced some backlash since going to the White House, and been questioned by his own congregation on the matter. He's called on Martin Luther King Jr.'s wisdom that "we cannot influence a table that we are not seated at."

On Thursday night, the pastor appeared on CNN with Don Lemon, who asked the pastor if he was "used as a prop."

"Do you think this president is responsible for hate in the nation's discourse now?" Lemon asked.

"I believe that our president has fostered a culture and climate that has allowed for what was there and has been there for years to bubble up," he said. "It has empowered people in a horrific way. Absolutely. I don't think there's any question about it."

Lemon brought up the subject of black Americans being introduced to Christianity during slavery.

Lemon got a little emotional as he questioned Gray.

"Look, I'm a person of faith," Lemon said. "He said there is a reason that people would teach you about the Bible, would let you congregate on the plantation but would not allow you to read. Do you understand the meaning of that? ...It means they believe that religion keeps people in chains and that fighting back and saying I'm not going to deal with this, turning the other cheek, because they don't want you to leave the plantation."