Colbert: Trump Tower meeting was about Russian adoption the way 'Silence of the Lambs' is about lambs 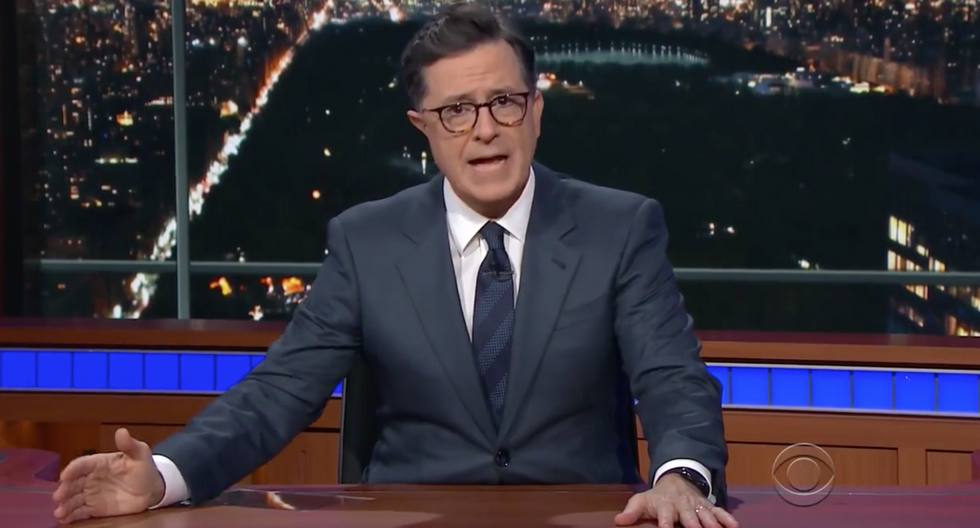 Late Show host Stephen Colbert took it way back when making fun of Donald Trump's old excuse for the infamous Trump Tower meeting between his campaign staff and a Russian lawyer in 2016.

The "tweet-fession," the host joked, completely blew out of the water the White House and Donald Trump Jr's initial excuse that the meeting was "primarily about the adoption of Russian children."

Fake News reporting, a complete fabrication, that I am concerned about the meeting my wonderful son, Donald, had in… https://t.co/sTbiVC2g4a
— Donald J. Trump (@Donald J. Trump)1533472543.0

After reading the tweet while doing his signature Trump impression, Colbert translated using the same voice.

"OK, totally legal, actually great, everybody does it, I wasn't there, put my son in jail," the host said, mimicking the tweet's tone.

The "biggest takeaway," Colbert noted, is that Trump "is straight-up admitting that this was a meeting with representatives of the Russian government to get information on an opponent — also known as collusion."

The first official story — reportedly crafted aboard Air Force one and dictated by the president himself — was that the meeting centered on "Russian adoption" and the repeal of the Magnitsky Act.