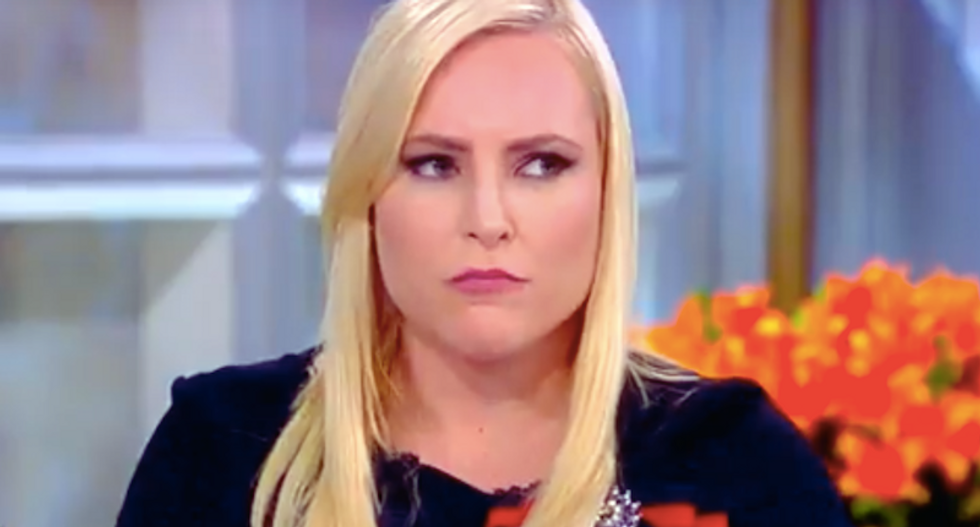 Such an appointment would effectively allow Meghan McCain to inherit her father's elected office.

"First off, McCain is a person of high integrity. The best evidence for this is rendered by McCain's television appearances on ABC's 'The View.' Surrounded by liberals with whom she fundamentally disagrees, McCain balances passionate argument and respect," Rogan claimed.

The column posited that McCain would be no worse than other Republican candidates in Arizona.

"This bears close consideration in light of the fact that Tuesday's Republican primary for Arizona's second Senate seat is being contested by one Republican, one (perhaps senile) racist, and one extreme moron," he observed. "Compared to the latter two, McCain would set a far higher standard as a conservative representative."

"Finally, McCain has a good sense of humor and a natural, unpretentious sense of class," he claimed. "I have attended a party hosted by McCain on one occasion and was struck by her relaxed tenor and good company."

Governor Ducey has said he will not make his selection until after Sen. McCain's body is interred this weekend.

ABC's "The View" is filmed in New York City.