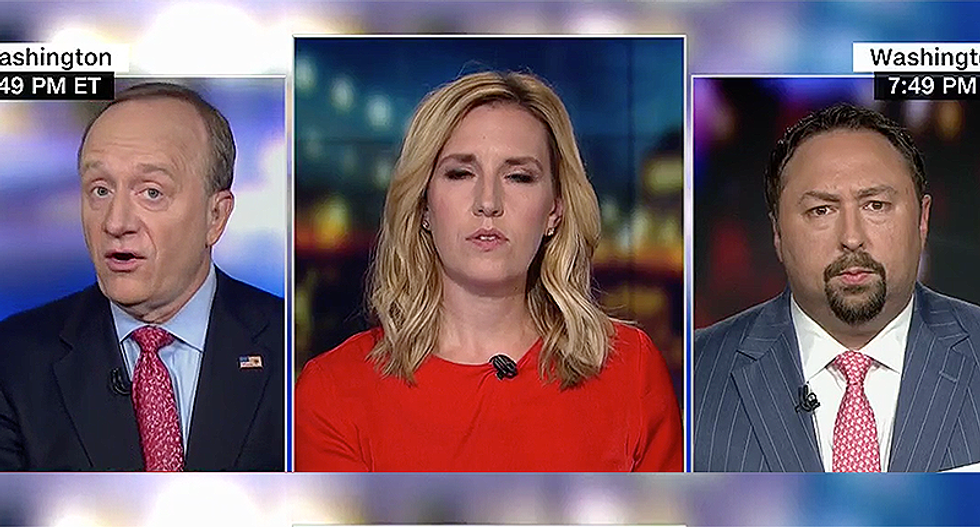 In wake of the guilty plea for Michael Cohen and guilty counts for Paul Manafort, sources at the White House indicated those closest to Trump are worried.

"What's astonishing, Poppy, is that Michael Cohen, the man who said he would take a bullet from Donald Trump, is now holding a gun to his head," Begala said. "This is the worst day of the Trump presidency, but I have to tell you, there are worse days to come. Mr. Cohen knows where all the bodies are buried. He will have a powerful incentive to coordinate."

He went on to say that he was shocked by Cohen's admission that implicated the president while he was under oath.

"He said I acted in coordination with Trump," Begala continued. "He said I did it with the coordination and at the behest of Donald Trump. Now he's not going to say that unless there's more evidence to back that up. Documentation, maybe even tapes. Goodness knows Mr. Cohen was maybe unethically taping Mr. Trump from time to time. This is the worst day so far but I've got to tell you."

Watch the smackdown below:

‘Onesie-twosies’: DeSantis declares Florida not seeing ‘mass’ migration in defense for going to Texas for immigrants

Criticizing "Biden" for "flying these people all over the fruited plane," Republican Governor Ron DeSantis defended his scheme to go into Texas to take asylum-seeking immigrants, round them up, and send them to Martha's Vineyard by stating there is not "mass" migration into Florida.

DeSantis, facing a tight re-election battle against Democratic former Florida Governor Charlie Crist, is under fire from the left and the right for what some legal experts say may be a kidnapping or human trafficking operation. One Texas sheriff has already announced he is opening an investigation into the DeSantis escapade, several Massachusetts attorneys are looking at suing DeSantis, and the Massachusetts U.S. Attorney is talking with DOJ about possible legal action as well.

'We are coming for you!': Teamsters Union rallies outside Amazon headquarters

More than 1,000 members of the Teamsters union and allies turned out Tuesday in downtown Seattle to stand in solidarity with Amazon workers and to denounce the tech titan's "union-busting tactics and dangerous labor practices."

GOP betting on ‘sadism’ — and if they’re right we’re all heading into the ‘abyss’: columnist

Republicans are testing out sadism as a political strategy, and there are dire consequences if their bet pays off, warns a columnist for The Daily Beast.

Donald Trump and his would-be successor Ron DeSantis have centered the GOP around tormenting and humiliating the vulnerable, according to Daily Beast columnist David R. Lurie, but the Florida governor's insecurity have driven him to more obvious and clumsy attempts to cause torment.