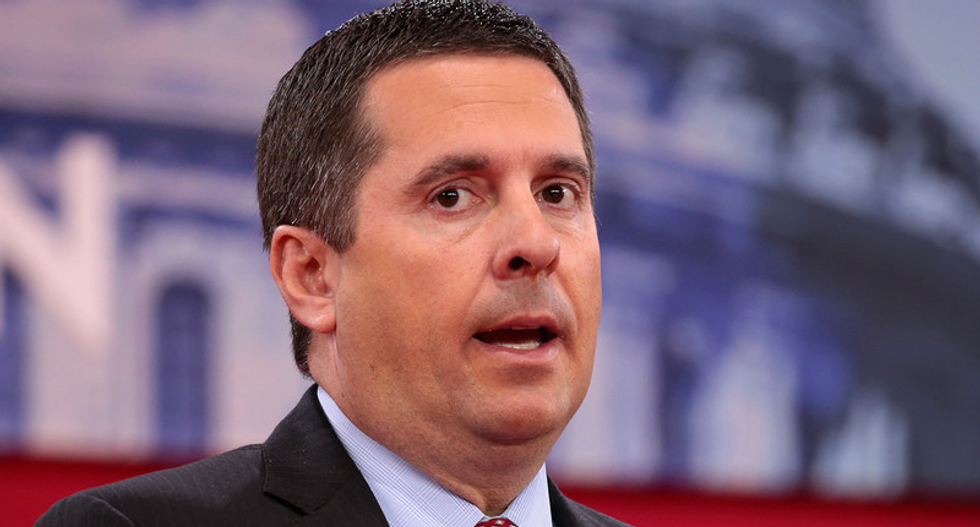 House Intelligence Committee Chairman Devin Nunes (R-CA) has repeatedly gone to bat to block investigation of President Donald Trump's ties to Russia, and target anyone outside his committee who is doing so.

He also appears to be adopting one of Trump's favorite tactics: call any media criticism "fake news." And his crusade against a local paper in his district, the Fresno Bee, has had consequences.

The Bee has endorsed Nunes in every election he has run in since his first bid for Congress in 2002. Nonetheless, the paper has increasingly published criticisms of his conduct in the Trump years, culminating in a recent exposé of a Napa Valley winery Nunes invested in, which reportedly had drugs and sex workers onboard its yacht at a charity event.

After the paper ran editorials criticizing Nunes for not answering questions about his link to the winery, he took out a lengthy campaign ad attacking the newspaper. "Sadly, since the last election, the Fresno Bee has worked closely with radical left-wing groups to promote numerous fake news stories about me," he proclaimed in the ad.

The ad worked all too well, according to VICE News:

It was a rare campaign expenditure for Nunes, who isn’t seen as particularly vulnerable in his deep-red Central Valley district. But it was heard by enough voters in the district that Fresno Bee reporters received an uptick in hate mail, angry social media posts and voicemails denouncing their reporting and the paper.

Mackenzie Mays was the Fresno Bee reporter who wrote the original story on the winery controversy. In response to Nunes’ ad, she received voicemails calling her and her colleagues "corrupt bastards" — but she said it wasn’t the first time she’s gotten hate from readers, and their attacks have only gotten more vicious recently — since Trump was elected.

Nunes is not unique. Numerous Republicans now reflexively attack the press, from Rep. Paul Gosar (R-AZ) shouting "fake news" at a CNN reporter for challenging his claim that the Charlottesville riots were a false flag, to Rep. Claudia Tenney (R-NY) doing the same at reporters questioning her claim that mass shooters are mostly Democrats, to the incident last year in which Greg Gianforte body-slammed a Guardian reporter one night before being elected to Montana's congressional seat.

In the Trump era, GOP lawmakers seem increasingly emboldened to treat the press itself as a political enemy. And the damage that does could long outlast Trump.