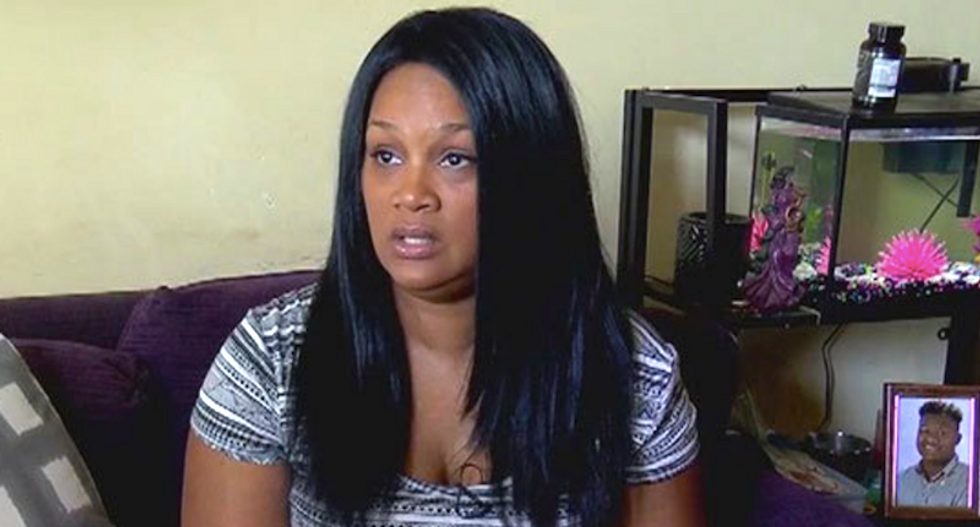 An apparently intoxicated New York City police officer is accused of kicking down a black family's door and making racist threats while vacationing in Tennessee.

The officer, whose name has not been released, allegedly broke into the family's Nashville home after mistaking it for the Airbnb he had rented while visiting Music City, reported the Tennessean.

Nashville police are investigating the July 9 incident in the 12 South neighborhood, where residents are fed up with rowdy tourists staying in rental properties for weekend vacations.

The officer allegedly kicked in the door at 2:30 a.m. after Conese Halliburton's teenage son heard him shouting outside from the front lawn.

"This is my motherf*cking house!" the man repeatedly screamed after barging into the family's home.

The 40-year-old Halliburton called police and begged for help as her two oldest sons, ages 17 and 11, held the intruder in a back hallway.

The man left the house after 911 dispatchers told her police were nearby, and a neighbor's surveillance camera caught the off-duty officer making racist threats on his way outside.

"Try to shoot me, and I'll break every f*cking bone in your f*cking neck," the officer said, before calling the family "f*cking n*ggers."

Officers were unable to find the suspect after they arrived, but Halliburton and a neighbor confronted him the following morning at the Airbnb -- and surveillance video captured his apology for breaking into the house.

Nashville police confirmed the New York City Police Department officer returned for questioning earlier this month, but no charges have been filed in the investigation, which remains ongoing.