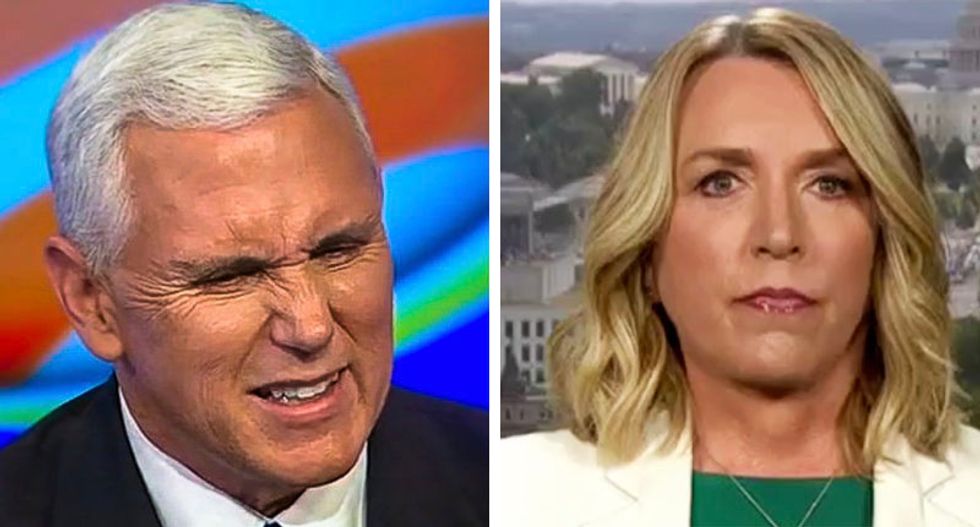 Moments after Vice President Mike Pence made a major policy speech pushing for the "Space Force" championed by President Donald Trump, a former Air Force secretary was on CNN slapping the plan down for a variety of reasons.

Speaking with CNN host Kate Bolduan, ex-Air Force honcho Deborah Lee James -- who served in the position under President Barack Obama -- explained that Pentagon officials have been working on a space-based military option for years and that the Trump plan doesn't match up with what is already in the works.

With Pence warning on Thursday morning, the U.S. is faced with losing space "supremacy, " host Bolduan asked James, "Not everyone thinks it's such a great idea -- more of a waste of time and money. You say the space force won't do anything more than make existing problems worse. Why?"

"I'm against having a separate entity, a sixth branch of the military space force for a number of reasons," James began. "First of all, the space enterprise, though very important, is a mission that enables all other operations in the military. So we need more integration, not pulling it apart into a separate entity."

"Secondly, it would be a very, very small entity; anywhere from 10 to 40,000 people, depending on how you count. So I fear it would get lost in the shuffle of the big bureaucracy of the Pentagon," she continued. "And third, the thrashing about that would come with such a huge reorganization, I believe and fear, would actually set back the momentum that we've seen in the past few years improving the space enterprise."

"Right. Well, again, it would be a huge undertaking. A major, major reorganization. and it wouldn't address by itself any of the problems or issues that various people have put forth," James concurred. "For example, it wouldn't in and of itself provide more money. If more money is your issue, Congress needs to appropriate more money. If war-fighting is your issue, a separate military service does not do the war-fight -- that is what the combatant commands do."

"And by the way," she added, "The [Department of Defense's] report to Congress today does call for a separate unified command for space."

"Do you think this is more of a sci-fi fantasy?" Bolduan asked.

"No, there are concerns that the entire military faces challenges," James explained. "We face challenges all around the world everyday, and we mitigate through strategies and approaches that we take and budgetary infusions. ... I fear that a major reorganization would set back all of the momentum, and it would not solve any of the challenges that we are facing."