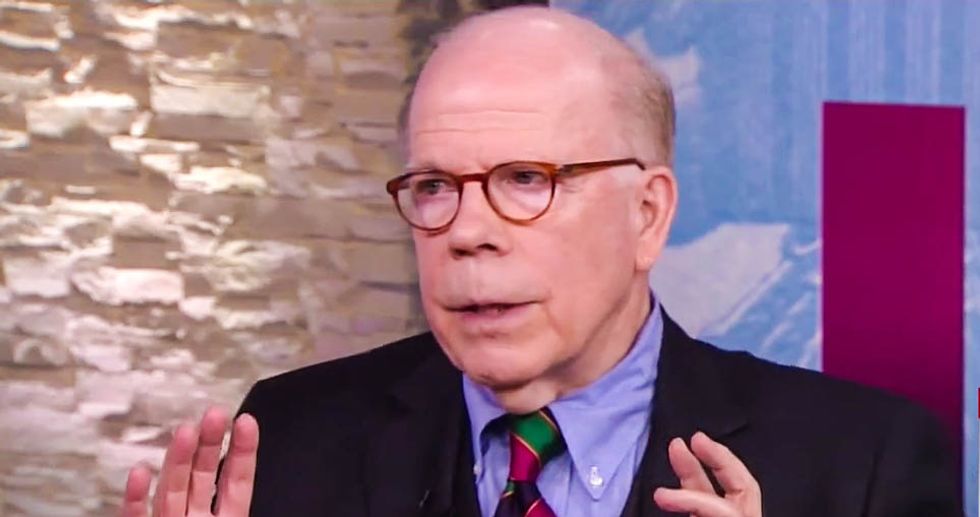 "The thing about John Brennan and others that are named here that gets under the president's skin is criticism of this administration, none of which is affected by whether or not John McLaughlin and others like you have clearances," anchor Ali Velshi noted.

"Not at all, Ali," McLaughlin agreed. "This is ridiculous."

"I can think of few things the president has done that more directly indicate a kind of authoritarian attitude in his governing style," he added.

"Clearly nothing that John Brennan has said, or that the other intelligence people on this list have said, has anything to do with classified information," he noted. "The reason you pull someone's clearances, the unique reason really, is if they have abused or in some ways released in an unauthorized way classified information."

"These people haven't done that," McLaughlin noted. "They have only spoken out using their first amendment rights to state their personal opinions."

"So I think it's just across the board a foolish thing to do and I believe Katy Tur was probably correct in saying this is nothing more than a distraction at this point," he concluded.

"So this really has the feel of someone simply trying to do two things, silence critics and also distract from another damaging political event that's going on with Omarosa," he observed.