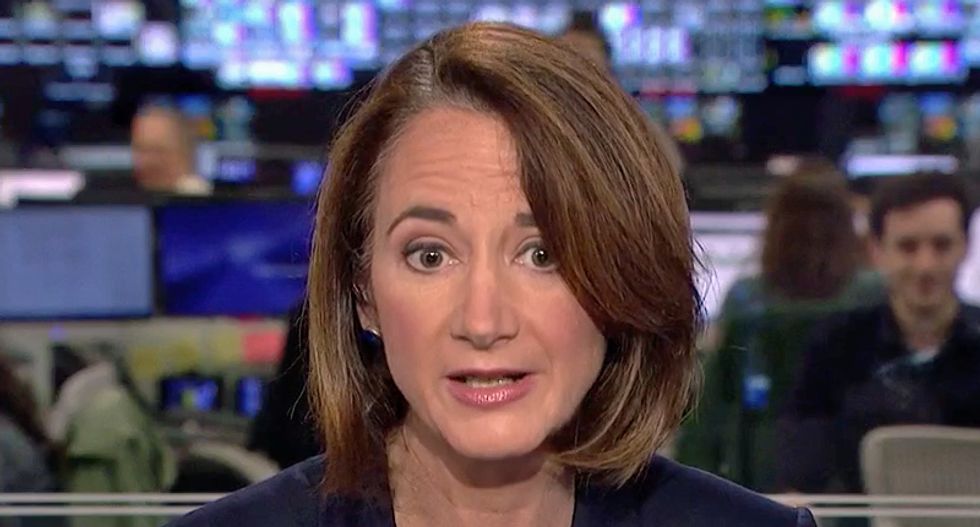 "The list of former national security officials standing against President Trump's decision to strip former CIA Director John Brennan of his security clearance is growing, expanding, not only with more former Republican appointees, but a long list of nonpartisan career professionals who have never before spoken out on a highly charged political issue," Andrea Mitchell reported. "More than 175 former intelligence officials now adding their names to a previous letter stating that former government officials have their right to express their unclassified views on what they see as critical national security issues without fear of being punished."

"You know the agency, you've been at the NSC and following that at the CIA, why do you think this outpouring?" Mitchell asked.

"I really think it comes down to the very fundamental principle you outlined at the beginning, I think people feel a frustration with respect to this abuse of power, as I see it, and, really, it strikes us, I think, that he's using the security clearance as just one mechanism that is in his arsenal essentially to try to quash dissent in a way that really undermines some of the fundamental principles we have founded our government on and one of them is free speech.," she replied.

"I think it was [James] Madison who said [free speech] was the cornerstone of American government," Haines continued. "And, frankly, it's one of the key areas that sets us apart, in so many different respects."

"We embrace disagreement, we encourage it, we think that's part of what helps us to reveal political truths and to have a better system of democracy," she continued. "And what we see here is the president abusing his authority to actually promote a restriction on free speech."