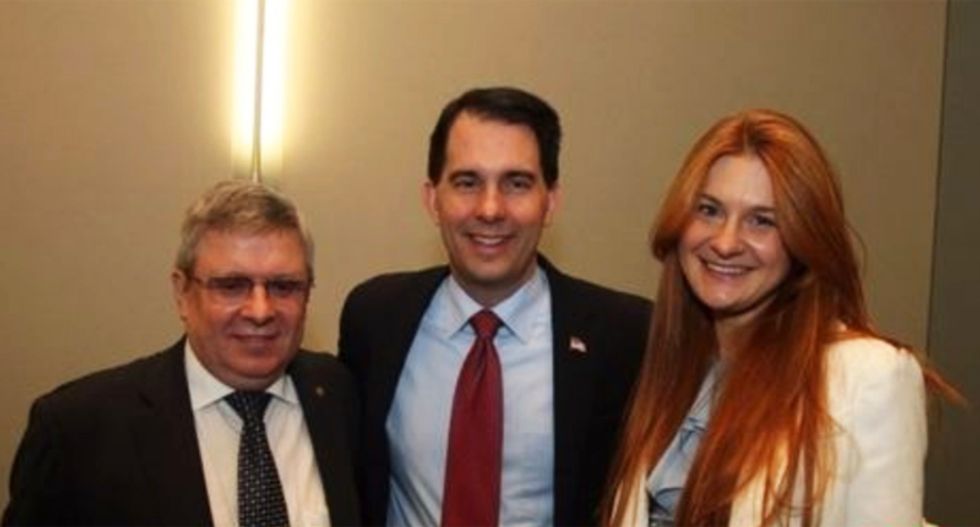 In an interview with English-language website Kyiv Post, a former colonel in the Russian intelligence service said indicted foreign agent Maria Butina does not have any of the hallmarks of a well-trained Kremlin spy.

Butina, the founder of Russian group "Right to Bear Arms," was taken into custody in July by the FBI and charged with conspiring to act as an unregistered foreign agent by covertly connecting Russian officials with conservative organizations, including the National Rifle Association and Christian churches.

The ease with which Butina was discovered -- including drunkenly boasting to her college friends that she was working with the Kremlin -- suggests she is one of many amateurs sent to the US by various Russia intelligence agencies, explained former KGB lieutenant colonel Akif Gasanov.

Speaking with the Kyiv Post, the 15-year veteran on the KGB said that potential spies undergo a rigorous vetting and training period before they are put to work.

“The training of intelligence agents takes up to four years or more, and illegals – up to ten years. A year and a half are spent studying the person, and not only his public activity but also personal life, habits and even behavior in everyday life, since often the external world of a person can be dramatically different from the internal one," he explained. "The fact that Maria was an activist of the 'Young Guard of United Russia' is still not enough for the special services to consider her a reliable person."

" What if she, for example, was a secret drug addict? To avoid this, an undercover agent is assigned to a person, the testimony of 4-5 sources is taken into account, behavior at the place of residence is investigated, personal and moral qualities are checked," he added. " After a thorough investigation, a dossier is created and then the intelligence team contacts the candidates and gives them their first tasks, for example, to establish friendly relations with foreigners at some event in the host country. After that, recruitment actually takes place. If the person agrees, the real training of the agent begins."

According to the retired spy, Butina may be connected to the Federal Security Service of the Russian Federation (FSB) who deployed her to the U.S. where she succeeded -- to a point -- due to "random luck."

“It may well be that Butina started out as a confidential person, but achieved too much success, and her training didn’t match the level of relations with the operative," he elaborated. "Most likely, this is the phenomenon of a 'talented amateur,' in which the girl entered unexpectedly deep into the American circles, and her handlers themselves didn’t expect such success."

"She was able to build relationships with serious politicians, but she did not even know that some things cannot be mentioned in the correspondence," he remarked. "No one has taught her any forms of communication or ways of detecting surveillance. It is also possible that the operative with whom she maintained contact was not up to the level of the work that was carried out.”

He added, "In the case of Butina, the FBI may have evidence that she not only praised Russia and lobbied for friendly relations, but conducted specific work, that is, she was collecting and transmitting information."