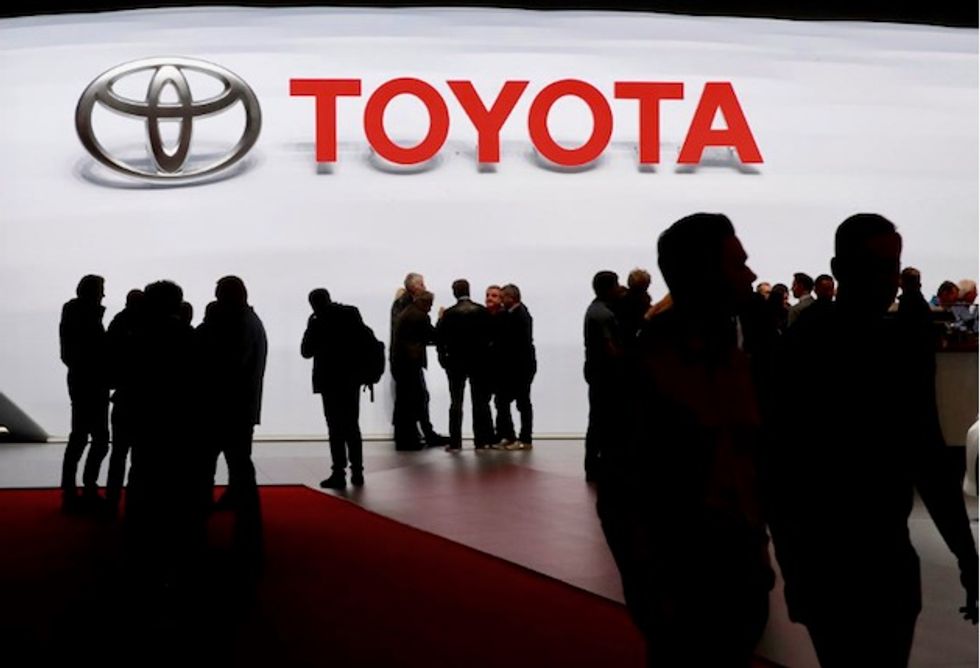 Toyota Motor Corp on Friday said higher U.S. auto tariffs would ramp up the cost of vehicles produced locally along with those imported to the United States from Japan, which would have a “big impact” on its bottom line.

Like its global rivals, Toyota is bracing for the possibility of a rise in U.S. auto import tariffs, which could cloud its outlook as it would raise the cost of selling vehicles in the world’s second-biggest vehicle market. Such uncertainty took the shine off strong quarterly results announced on Friday.

So far, Japan’s biggest automakers and components suppliers said they have seen limited direct impact from U.S. tariffs on steel and aluminum implemented in June, but they acknowledge they could take a significant hit if Washington delivers on proposals to hike tariffs on autos and auto parts to 25 percent.

“If we see a rise, it would raise the cost of locally produced vehicles by around $1,800 each, and increase costs for (models imported from Japan) by $6,000,” Toyota senior managing director Masayoshi Shirayanagi told reporters at a results briefing.

“This would be a big impact.”

The United States is a major market for Japan’s automakers, where Toyota, Honda Motor Co Ltd  and Nissan Motor Co Ltd locally produce around half or more of the cars they sell in the country. The remainder are imported from Japan, Canada, Mexico and elsewhere.

Higher tariffs would deliver a major blow to all global automakers as most, including U.S. ones, rely on imports to source the vehicles and parts contained in them which are sold in the United States.

Earlier this week, Denso Corp, one of the world’s biggest components supplier, said U.S. auto tariffs, if implemented, could wipe up to $720 million off annual profit. Ford Motor Co last week said tariffs in general could cost it up to $1.6 billion in 2018 in North America.

Toyota has been a vocal opponent of tariffs, arguing that 25 percent would increase the cost of its U.S.-made Camry sedan by $1,800 and $2,800 for its Tundra pick-up truck.

The automaker operates 10 production plants in the United States, and locally produces just under half of all the cars it sells in the country. Its share of localized production is lower than the 75 percent of Honda and 60 percent of Nissan.

Earlier on Friday, Toyota posted a 19 percent jump in April-June operating profit to 683 billion yen ($6 billion), beating estimates and clocking its best quarterly performance in two-and-a-half years on the back of higher sales and cost reductions in Asia.

Its global retail vehicle sales rose 1 percent to 2.6 million units in the quarter, boosted by a lift in Asia, where demand for the recently remodeled Camry helped increase sales by 5.4 percent in China, the world’s biggest car market, during the first six months of 2018.

In North America, Toyota’s biggest regional market, sales rose 3.2 percent due to a rise in demand for its pick-up trucks, including the Tacoma and Tundra. Still, profit in the region fell 29 percent as sales incentives continued to weigh.

The automaker maintained its full-year profit forecast at 2.3 trillion yen, a decline of 4.2 percent, though it now expects the domestic currency to average 106 yen to the U.S. dollar, from an earlier forecast of 105 yen.

Overall, Toyota still expects a stronger yen to offset the benefits of cost-cutting and record-high global vehicle sales in the year through March.

Separately, Toyota and Isuzu Motors Ltd on Friday said they would dissolve their capital tie-up given limited progress made in their development partnership focusing on diesel engines. As a result, Toyota said it would sell off its 5.8 percent stake in the Japanese truck maker.