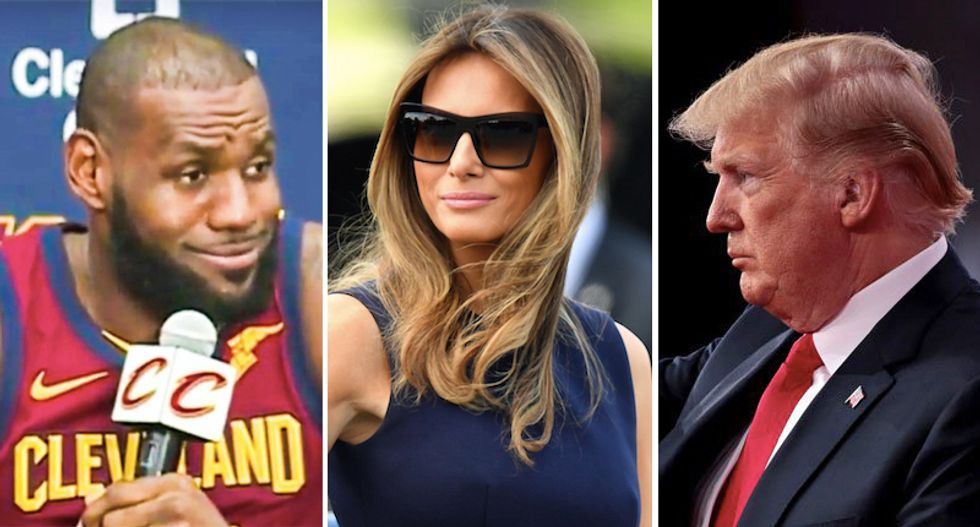 First Lady Melania Trump waded into her husband's public feud with LeBron James on Saturday -- and appeared to side with the basketball great.

"It looks like LeBron James is working to do good things on behalf of our next generation and just as she always has, the First Lady encourages everyone to have an open dialogue about issues facing children today," the statement read.

"As you know, Mrs. Trump has traveled the country and world talking to children about their well-being, healthy living, and the importance of responsible online behavior with her Be Best initiative," the statement continues. "Her platform centers around visiting organizations, hospitals and schools, and she would be open to visiting the I Promise School in Akron."

That same spokesperson, however, lashed out at CNN on Twitter.

"Be Best is a sincere campaign meant to help children," Grisham argued. "Not something for CNN to use to mock [the President of the United States]."

#BeBest is a sincere campaign meant to help children. Not something for @CNN to use to mock @POTUS https://t.co/WRJqscOHW4
— Stephanie Grisham (@Stephanie Grisham) 1533403425.0