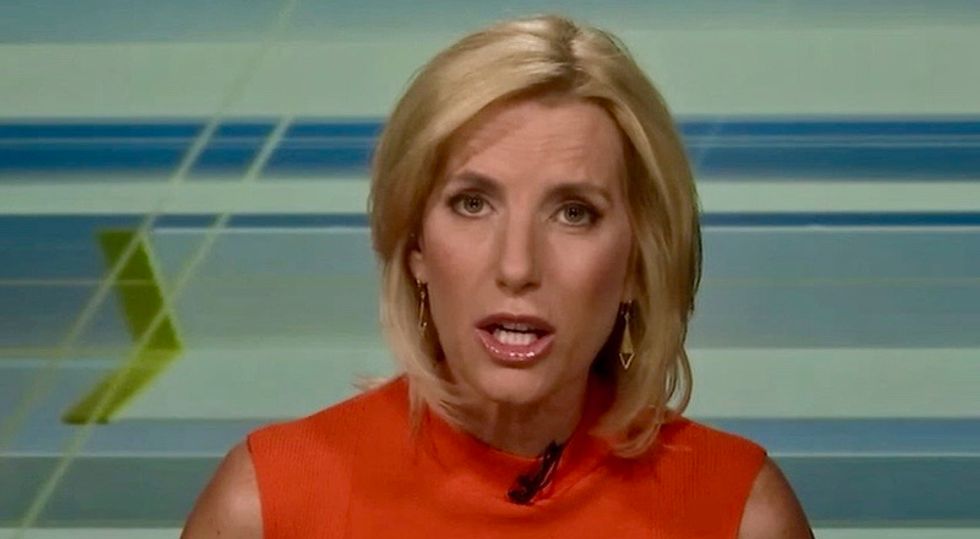 Fox News host Laura Ingraham made a stunning suggestion on her Friday night show, arguing that the American government should take over private social media networks so that they can be regulated.

"There's a thought that given the enormity of these corporations, and this is a public square today," Ingraham said. "This is the equivalent of what we used to see in the old town square was people with a bull horn. And so could there be a movement to treat them more like public utilities, so they have some quasi-government oversight of these entities?"

Ingraham laid the blame on the tech industry, which she said is controlled by "intolerant" liberals on the West Coast.

"The west coast, otherwise known as the left coast: overwhelmingly left wing, overwhelmingly probably voted for Hillary," she said. "They say, this is just an algorithm."

"Everyone seems to have an experience with it," she said of search results that don't suit her. "By the way, Bing is the is the best search engine. The least biased in Bing. For whatever reason, that's what I've discovered."