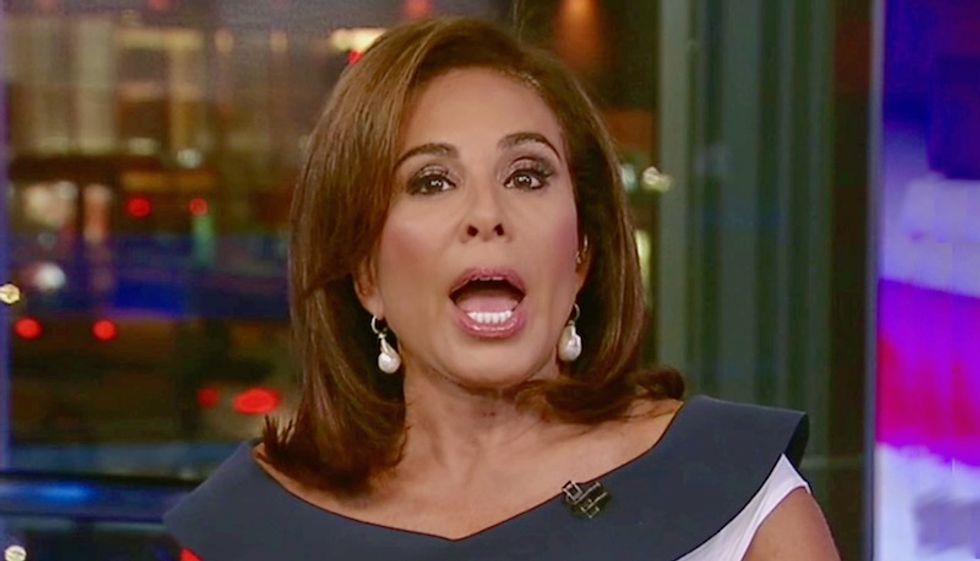 Fox News' Judge Jeanine Pirro suggested Tuesday that onetime Trump campaign chairman Paul Manafort's solitary confinement in federal prison is a form of mistreatment — and also claimed there are prisoners alongside him who are in the clink for lying to Congress.

"He's 70 years old, in solitary confinement 23 hours a day," Pirro told Fox Business' Lou Dobbs, "while all of the other bozos are walking around, we've seen them actually commit crimes like lying to Congress."

The Fox News personality didn't expand on the claim that Manafort is jailed alongside people convicted of perjuring themselves in front of Congress. She also didn't note the apparent amenities that accompanied his "solitary confinement" — and why he was placed there to begin with.

In early July, Manafort was placed in solitary confinement or his own safety — a move his own lawyers recommended — as he awaited trial. Less than a week after news of his move to solitary was reported, special counsel Robert Mueller revealed in court that Manafort had been bragging about getting "VIP" treatment in solitary that included the use of a cell phone and laptop.

On July 10, Manafort was subsequently moved to the Alexandria Detention Center after his attorneys complained of a hardship driving to the Northern Virginia jail where he was previously held. At that jail, Manafort joked he was getting the VIP treatment with access to a phone and a laptop in his cell. When Judge Ellis agreed to move Manafort to the Alexandria Detention Center, his lawyers quickly withdrew their complaint and asked that Manafort not be moved. He was moved anyway. It is unknown what amenities Manafort has there.

Earlier in the segment, Dobbs and Pirro lauded Manafort's judge, T.S. Ellis, for being "so directly critical" of the Mueller probe even in the face of "attorneys rolling their eyes" at him and prosecutors "not looking him in the eye when he's addressing them from the bench."