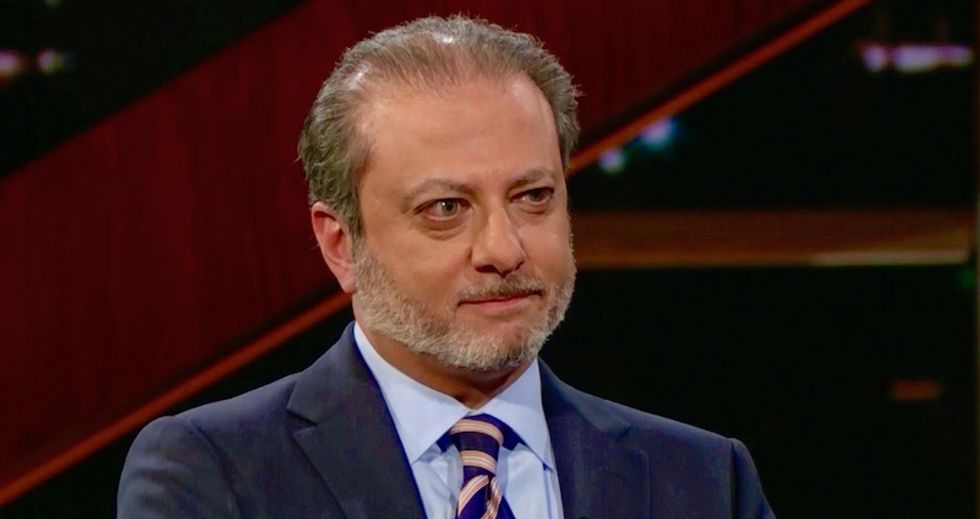 Maher has long believed that Trump is leading a slow-moving coup, while Bharara urged calm.

Bharara softly bashed Guiliani, who held the same job as he did decades before.

"Giliani is supposed to be a professional lawyer," Bharara said. "He was a trial lawyer by training and understood integrity, in speaking about cases in court or out of court... in recent times, he's taken on an aura of someone who doesn't recognize that the truth is."

"And by the way, I think the person he got to run the FBI is excellent," he said. "I think he accidentally got a good person to run the FBI."

Both men agreed the so-called Deep State was the best hope the U.S. has right now.

Maher said he thinks everyone is too calm, while Bharara

"There's a saying, if you're going for the king, you've to kill the king," Bharara said.